Insomniac Games’ Spider-Man was undeniably one of the best game releases of 2018. Like so many other Sony exclusive titles, Marvel’s Spider-Man featured that familiar polished sheen of a well-designed open-world and a solid story to get lost in . Honestly, there’s little else Insomniac could do to make an already great game even better, and while that holds true for the PC port, that certainly doesn’t stop it from being a damn fine experience.

Marvel’s Spider-Man finally webshoots its way to PCs this month, and if Sony’s past PC ports are any indication, players can probably expect this one to be more than playable as well. After spending some time with a pre-release version of the game, I can safely say that, yes, Spider-Man looks and runs excellently on PC, and it’s a great chance to jump into the game if you missed it on PS4.

Right off the bat, the main thing that caught my eye was full ultrawide support. As a fairly recent ultrawide convert, I’ve been absolutely aghast at the number of games out there that just don’t support the 21:9 ratio –I’m looking at you, Elden Ring– or don’t have full support for it, often coming with weird drawbacks or little niggles that keep it from looking as perfect as it could be. Spider-Man’s PC port comes packed with support for a whole range of resolutions, and even goes up to 48:9 for triple monitor setups.

That’s a little too extreme for me, but being able to play Spider-Man on an ultrawide display feels like night and day, compared to my first playthrough on PS4 back in 2018. Especially in an open-world game like this where you spend most of your time swinging across the Manhattan skyline, every frame looks cinematic and just downright beautiful.

While Spider-Man struggled at times to hit a consistent framerate on the PS4, the game just flies on PC. Unfortunately, I don’t have an RTX graphics card to test the game’s performance with ray-tracing on, but it ran beautifully at 1440p and 60FPS. Throughout my time with the game, it barely hitched –if ever– and the load times were speedy enough to keep me jumping from one scene to the next.

I spent an inordinate amount of time with the photo mode as well, just marveling at how gorgeous everything looked. Remember 2018’s ridiculous “Puddlegate” controversy? Let’s just say that detractors will have a hard time finding anything to nitpick while playing it on PC at its highest settings.

If there are any complaints to be had with Spider-Man, I guess it would be that the combat still feels kinda floaty and unwieldy at times. I’ve never been a big fan of the combat in this game, often feeling like it was too easy to have the Webhead spin out of control whenever I tilted too far in one direction or another. There were also instances where the enemy AI would seem to bug out and start walking into walls or get caught on a random piece of debris instead of fighting me.

These are all issues that were already present in the PS4 version, but I suppose it’s worth bringing them up here in case you were hoping for some major gameplay improvements from the PC port. Nothing’s changed drastically; you’ll still be chasing mission markers in the open-world and collecting backpacks, while leveling up and unlocking new abilities on a skill tree. The DualSense support is nice as well, providing satisfying haptic feedback to the controller whenever you land a punch or pull off a sweet sling across the city, but nothing game-changing here.

Marvel’s Spider-Man continues to be one of the best superhero video games released in the last decade, thanks in no small part to Yuri Lowenthal’s committed and passionate performance as Peter Parker, and the overall lighthearted tone that keeps players feeling good over the course of its 20-hour runtime. I wouldn’t necessarily recommend that you run out and buy it if you’ve already played the base game at launch, but if you’re looking for an excuse to jump back in and take a crack at all the DLC missions that have released since then, you can’t go wrong here. 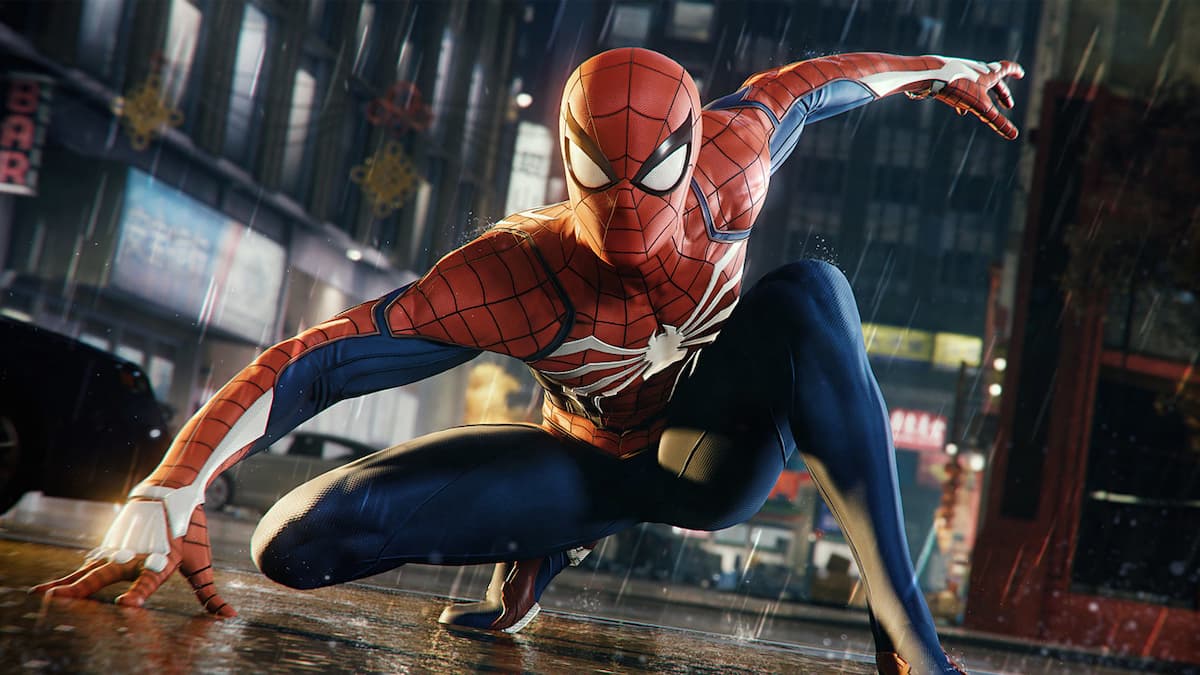