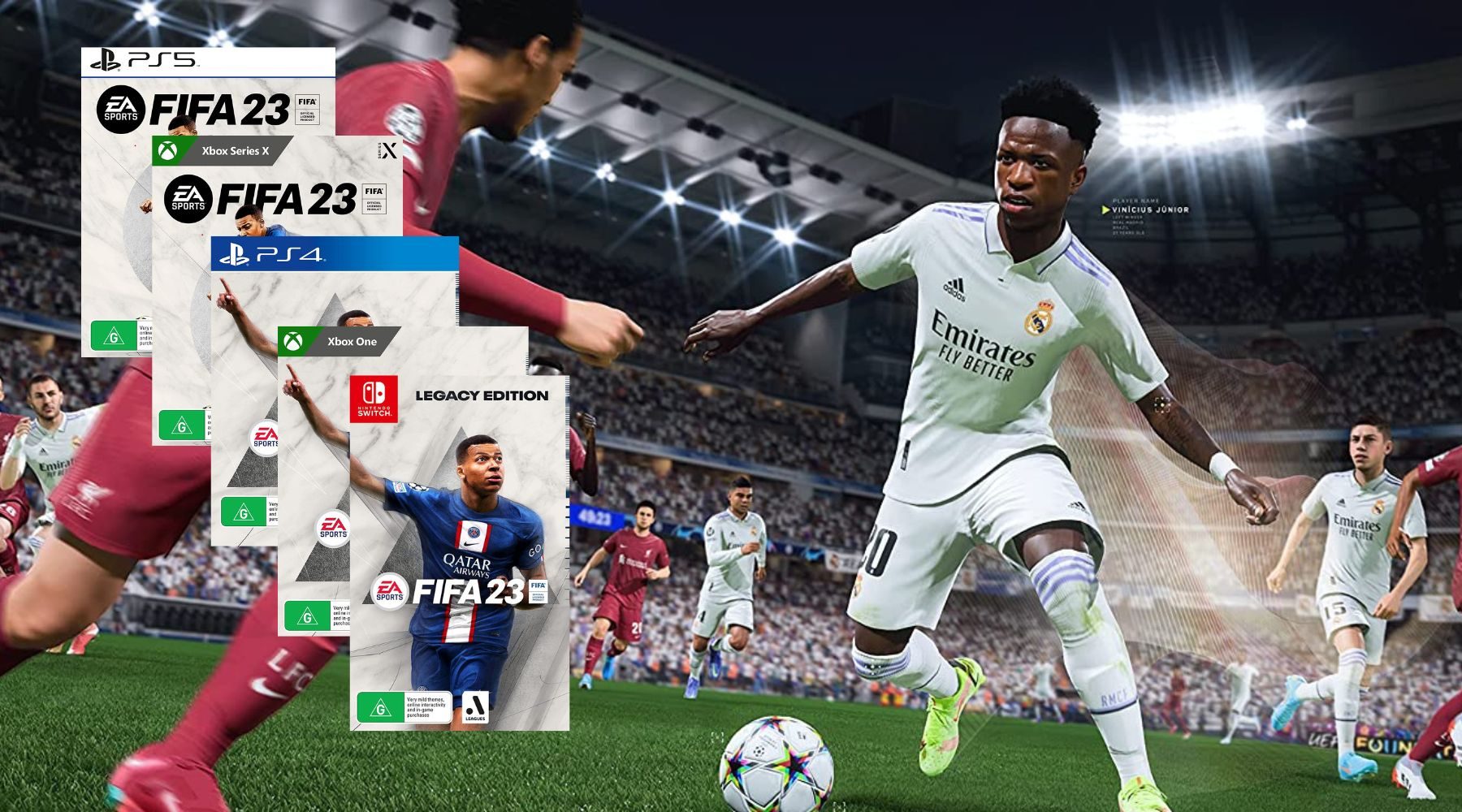 Here’s how you can get your hands on the latest football simulator from EA, FIFA 23.

Thanks to Amazonyou can nab FIFA 23 on the Xbox One for $68. Just because you don’t have an up-to-date console doesn’t mean you can’t enjoy this football phenomenon

FIFA 23 will have 3 distinct editions across different consoles. Nintendo Switch users will play the Legacy Editionwhich is essentially a reskin of the FIFA 22 Legacy Edition “without any new development or significant enhancements”. However, it will feature new stadiums, upscaled visuals and women’s club football.

The standard edition of FIFA 23 will be playable on PlayStation 4 and Xbox One. Pick up this version of the game and you can expect the usual generational jump in Fifa games, with expansive World Cup modes on the men’s and women’s sides and refreshed gameplay when it comes to shooting, free kicks, corners, physics and more.

It’s the Mbappe Edition, available on the Xbox Series X, Xbox Series S and PlayStation 5, that really takes things up a notch. This version of the game uses HyperMotion2 to unlock new features and add over 6,000 authentic animations. This is possible because HyperMotion 2 technology analyzes twice as much real-life gameplay as previous versions of the technology

Paris-Saint Germain forward Kylian Mbappé returns to adorn the cover of FIFA 23completing a hat-trick of visual representation for the 23-year-old French phenom.

Want even more info on the latest and greatest on gaming? Head over to Game Finder.