The VGChartz sales comparison series of articles are updated monthly and each one focuses on a different sales comparison using our estimated video game hardware figures. The charts include comparisons between the PlayStation 5, Xbox Series X|S, and Nintendo Switch, as well as with older platforms. There are articles based on our worldwide estimates, as well as the US, Europe, and Japan.

This monthly series compares the aligned worldwide sales of the PlayStation 5 and PlayStation 3. 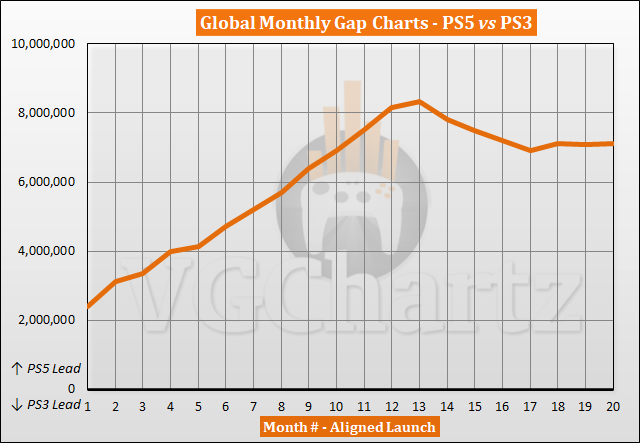 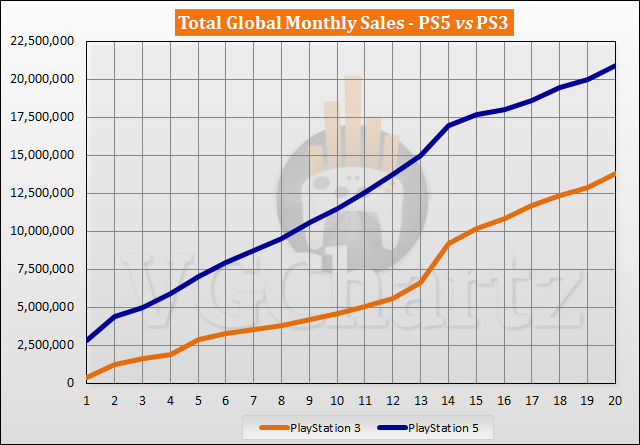 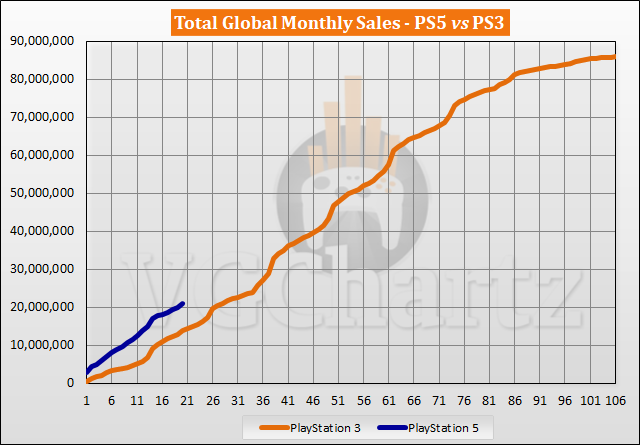 In the last 12 months, the PS5 has grown its lead over the PS3 by 1.42 million units. The PlayStation 5 is currently ahead by 7.11 million units.

The PlayStation 3 did not reach current PlayStation 5 sales until month 28 where it had sold 20.94 million units.

A life-long and avid gamer, William D’Angelo was first introduced to VGChartz in 2007. After years of supporting the site, he was brought on in 2010 as a junior analyst, working his way up to lead analyst in 2012 and taking over the hardware estimates in 2017. He has expanded his involvement in the gaming community by producing content on his own YouTube channel and Twitch channel. You can contact the author on Twitter @TrunksWD.