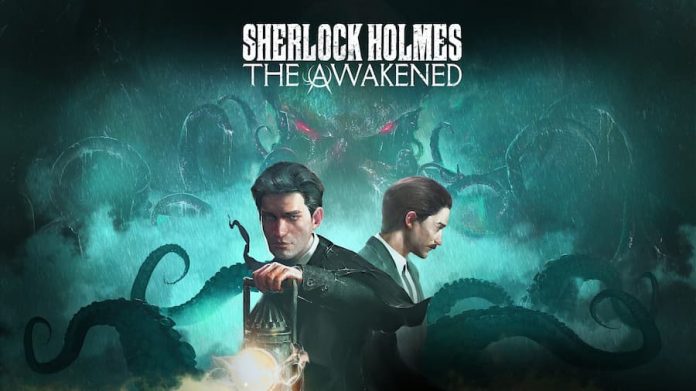 Frogwares has launched its Kickstarter for Sherlock Holmes The Awakenedalongside an unsettling new trailer.

Yes, the trailer is pre-rendered, showing Holmes, Watson and co moving through a swamp while a group of pursuers shoot at them, but it’s still got us intrigued. Why? Because it shows that Holmes, usually the most reasoned, untouchable individual in the original Sherlock Holmes stories, is not immune to the influence of Lovecraft’s nasties.

Aside from the trailer, Frogwares have also revealed a few scraps of information about the upcoming title, a remake of the 2006 original which sees the detective stepping into the gloomy world of HP Lovecraft’s Cthulhu Mythos. Most notably, they’ve all but confirmed that game won’t be open world in the same way The Sinking City, Sherlock Holmes Chapter One and other recent Frogwares titles.

Dropping the open world aspect will allow them to tighten up the game’s development cycle, and while it might seem like a step back, but it’s a necessary one given the real-world trials Frogwares are going through. A Ukrainian developer, Frogwares are, as their eye-opening video points out, creating games in a war zone.

Yes, some of the staff have made it to the EU, but some have relocated to other cities within Ukraine, cities which, while they’re not actively being targeted by Russia’s invading force, could easily become targets. That’s why they’ve created a Kickstarter for Sherlock Holmes The Awakened to act as aa “funding safety net”.

The good-ish news (good news would be the war ending) is that, in the space of only one day, the Kickstarter has smashed its €70,000 goal, with over 1,500 backers. There are a wealth of rewards on offer, including, if you pledge at least €1,000, your own in-game asylum cell. Actually, we say “your” name but it might be that Frogwares would let you put someone else’s name on there – it’d make one heck of an anniversary gift.

You can back the Kickstarter here, and get your hands on Sherlock Holmes The Awakened when it slithers onto PC, PS4, PS5, XB1, Xbox Series X/S, and Nintendo Switch the middle of next year.