THE first half of 2022 has been stacked full of amazing video games and the upcoming releases for August are no different.

If you want to know just what you should be saving your money for, then we’ve got you covered with our list of all the biggest games coming out this month.

As announced in the Annapurna showcase, Hindsight is a sweet indie game about a woman coming to terms with losing her mother.

It will release on Nintendo Switch, Steam, and iOs on August 4.

This also comes to Steam on August 4. 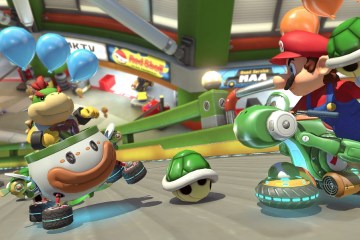 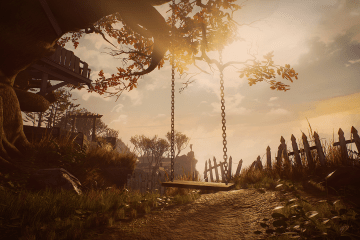 Following on from the success of Two Point Hospital, Two Point Campus takes the property management simulator to University.

Two Point Campus releases on August 9, for pretty much everything including PC, PS4, PS5, Xbox One, Xbox Series X|S, and Switch.

Cult of the Lamb

In this roguelike adventure you play as a lamb trying to recruit the other animals they meet into their cult. Sure to be a summer indie hit.

Another coming to almost every platform, PC, PS4, PS5, Xbox One, Xbox Series X|S, and Switch on August 11.

Sony has been releasing more of its PlayStation exclusives on PC and the next for the port is the PS5 version of Marvel’s Spider-Man Remastered.

The game will launch on PC on August 12.

Sadly, no Switch version for this one, but it will release for PC, PS4, PS5, Xbox One, and Xbox Series X|S, on August 23.

Another series reboot that is coming out this August is the re-imagining of Pac-Man World.

There will be a version for everyone coming August 26 to PC, PS4, PS5, Xbox One, Xbox Series X|S, and Switch.

The remake of this PS2 classic will see you take on the role of an alien posing as the American president.

Destroy All Humans! 2 – Reprobed releases only on the newest platforms for PC, PS5, and Xbox Series X|S on August 30.

F1 22 released in June and now you can take on the managerial role this August.

Following the success of Shredder’s Revenge, The Cowabunga Collection brings 13 Ninja Turtles games together from back in the good old days.

Written by Georgina Young on behalf of GLHF.

All the latest Gaming tips and tricks

Looking for tips and tricks across your favorite consoles and games? We have you covered…