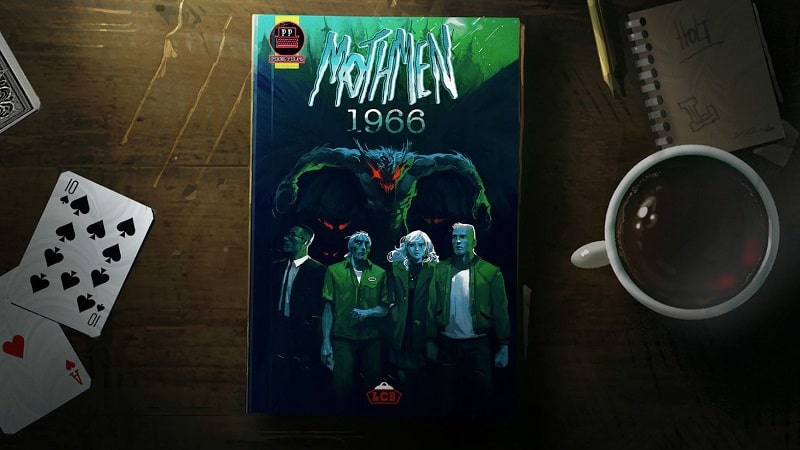 Mothmen 1966 PS4 review. We may live in an age of hyperrealism and have the tools to make a blockbuster-style horror game with that in place, but horror doesn’t need it to be effective. Sitting at the opposite end of the technical showcases are games such as World of Horror and Mothmen 1966. Horror games that evoke the home computer visuals of the 1980s and still manage to dredge up dread with a purposefully limited palette.

Mothmen 1966 has an allure entirely tied to nostalgia, but developer LCB Game Studio draws that from several places and concocts an evocative throwback that mesmerizes in its brief playtime.

The first of a planned series of interactive adventures called ‘Pixel Pulps’ inspired by the pulp fiction of the mid-20th century, Mothmen 1966 captures a B-movie atmosphere with its paranormal shenanigans and cryptid fixation. It follows three characters in 1966 America during the Leonid Meteor Shower. There’s Gas Station owner Holt who has a keen eye for Civil War weaponry. Lee is a young man desperate not to repeat the sins of his father, and his girlfriend Victoria is fretting about their future. On a special night these lives will intersect, and something very wrong will go down. 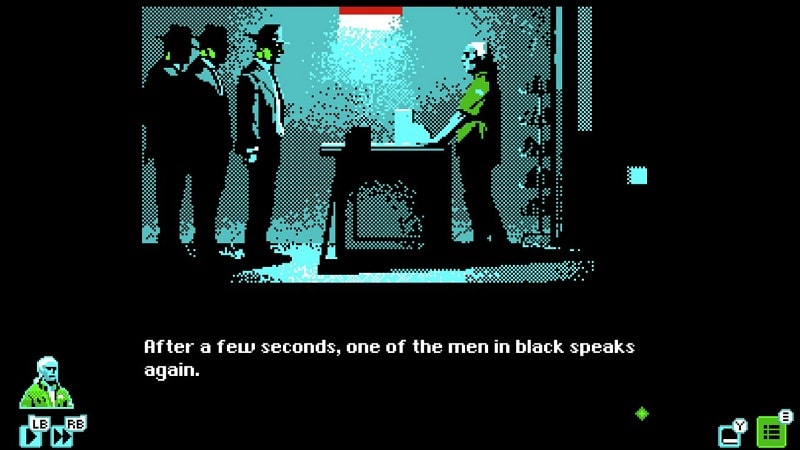 Mothmen 1966 is presented as a ‘choose your own adventure’ game, with multiple choices in certain conversations and actions that will either see the group live to fight another hour, or meet a premature grisly end. It’s not an especially complex system. If you fail a life or death puzzle, it’s a retry rather than a definitive end or story shift. Still, there are moments of genuine surprise, including mini-sieges, a choreographed battle over a gun, and a twist on Solitaire that’s entirely playable outside the story itself if you want. I especially like that because losing is always met with Holt’s exasperated and explicit cry of despair.

I found myself genuinely impressed with how the personal stories were interwoven with the paranormal aspects. You can certainly tell there’s a pulp feel to the dialogue. Mothmen 1966 was written by novelist Nico Saraintaris, and Nico manages to really get the mood right with every line. Coupled with the simple, yet exquisitely distinctive, art of Fernando Martinez Ruppel, Mothmen 1966 stands out as a striking example of thematic focus with minimal resources.

The imagery of the humanoid monsters is a key example of how effective Ruppel’s design is. In a game that is predominantly made up of blue, green, black, and white, The cryptids’ eyes take on a threatening red glare only they possess, the limited color palette ensures this stands out all the more. 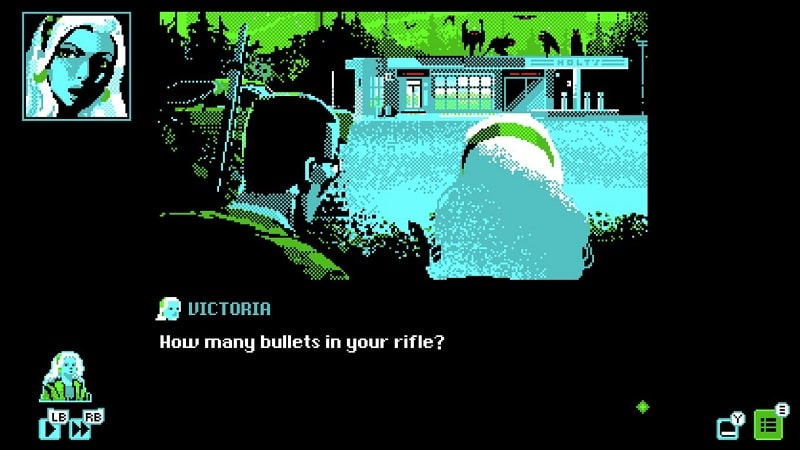 Does all that make it a good game though? It certainly goes a long way to helping it be one, that’s for sure. That plus completion time of fewer than two hours means its flaws aren’t tested too greatly, although they may be in future entries to the Pixel Pulp series if left unattended. To be fair, the game doesn’t do too much wrong, it just occasionally feels a bit lacking in some chapters and very basic in terms of choice at times.

It’s a tricky one because I think Mothmen 1966 is well-paced overall, but it left me with a hunger for something more substantial as well. The benefit of this is the chance to expand in future titles. The downside is that by the time the game ended, I was just a teensy bit unsatisfied.

Still, the puzzles don’t outstay their welcome, managing to be varied as well. The story consistently offers up something interesting, and while it taps into the nostalgia-filled sap of a particular era, it does so with genuine affection and understanding. 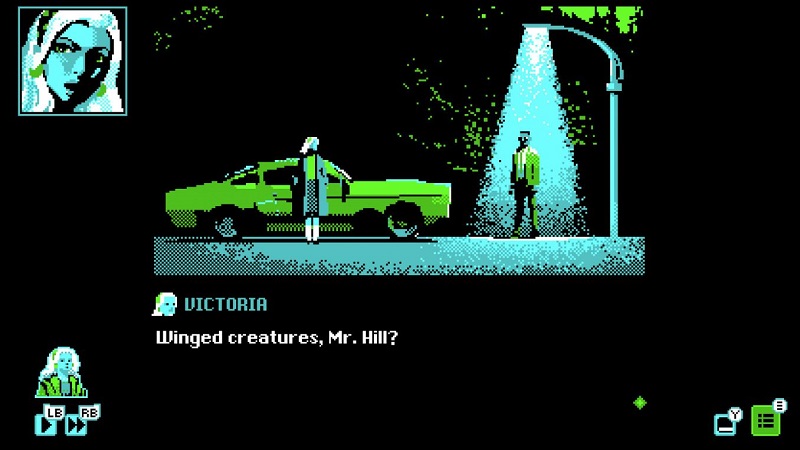 Having spent a significant amount of my gaming time in recent months exploring the world of short-form horror games, it has struck me just how important it is that they find their way to the console space. At a time where subscription services and GaaS determine ‘value for money’ in the eyes of players, the need for punchy, short experiences has rarely been higher.

Mothmen 1966 doesn’t try to rewrite the rule book or shout about gimmicky features. It simply is what it was designed to be, a slightly modernized version of the games from an era that is largely lost to the sorry state of video game preservation. That is something that still holds a sense of wonder to this day.