“Inscryption,” a popular horror card video game, is expected to arrive on PlayStation 5 and PlayStation 4 platforms. This detail was confirmed by the title’s developer, Daniel Mullins Games. 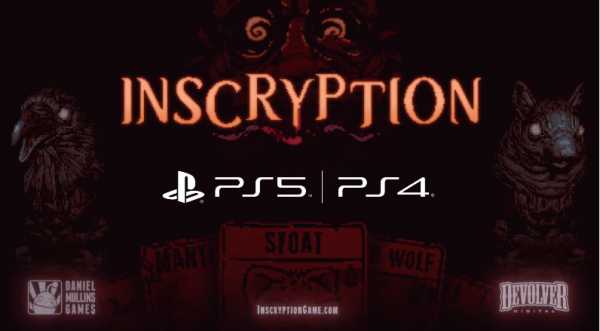 This game creator is also behind other well-known indie games, such as “The Hex” and “Pony Island.” Now, access to its latest card video game will soon be expanded.

The deck is stacked with mystery in card-based roguelike Inscryption, coming to PS5 and PS4: https://t.co/4darhDrc3N pic.twitter.com/vlS9Bnffoi

Devolver Digital announced that their critically acclaimed title will soon have DualSense-focused features.

According to Engadget’s latest report, the exact arrival date of “Inscryption” on PS5 and PS4 platforms is not yet confirmed.

Devolver Digital even clarified the rumored August arrival, saying that this speculation is incorrect since they don’t have an exact timeline yet for the release.

(Spoiler entry)
.
.
.
.
.
.
.
.
.
.
This is hitting me way harder than it should be since Leshy tries to kill you in the first act constantly, pic.twitter.com/EeagHH7LAU

Although this is the case, the arrival of the horror card video game on PlayStation platforms is something that gamers should really look forward to.

That’s incorrect, we’re genuinely not sure on a release date yet.

As of writing, “Inscryption” already generated more than one million copies in less than three months this 2022.

The upcoming DualSense-focused exclusive features are a part of the efforts made by Devolver Digital and Daniel Mullins Games to make their newest video game more popular.

“To celebrate the announcement I’d like to highlight some of the cool stuff that awaits you in Inscryption, and the new PlayStation-exclusive features that I’ve added just for you,” said the game developer.

The title creator said that one of the DualSense features is the Stoat card audio, which gamers can hear from their controllers.

Daniel Mullins Games added that this function will make the gaming experience more realistic, making the card appear like it is being held by players.

Aside from this, “Inscryption” will also have an atmospheric lighting feature, which will appear on the DualSense controller’s light bar.

These are only the new enhancements confirmed by Daniel Mullins Games. But, you can expect more details from the developer as months go by or when the exact launch schedule for PS4 and PS5 has been confirmed.

To know more information about the popular horror card video game, you can visit this link.

Previously, “Diablo Immortal” is confirmed to generate more than $1 million in revenue each day.

On the other hand, “The Matrix Awakens: An Unreal Engine 5 Experience” will soon be removed from Xbox and PlayStation stores.

For more news updates about “Inscryption” and other indie games coming to PlayStation platforms, always keep your tabs open here at TechTimes.

This article is owned by TechTimes