Here we go, then: the NBA 2K23 marketing cycle is officially underway. 2K Sports has announced that global icon and six-time NBA World Champion Michael Jordan will headline the game’s two special editions on PS5 and PS4: the Michael Jordan Edition and the Championship Edition.

The press release teases: “For the 24th year of NBA 2K, Jordan is the perfect embodiment of this year’s campaign theme: Answer the Call. As an athlete who always rose to the occasion, Jordan returns to star on two NBA 2K23 covers, giving an opportunity for old and new fans alike to celebrate a talent who left the world in awe throughout his career.”

The game will Eurostep to consoles on 9th September, and 2K Sports is pretty pumped about its offering this year. Specifically, the Championship Edition will come with a 12-month subscription to the NBA League Pass, allowing you to catch up with everything that unfolds on the real court when the new season gets underway in October. 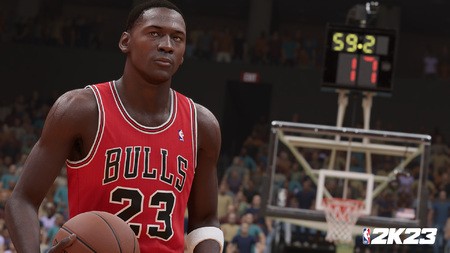 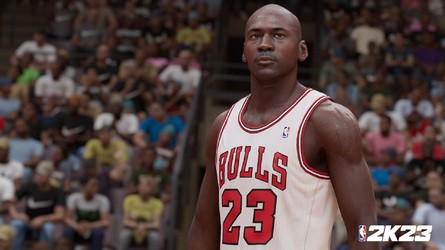 The press release continues: “Along with Michael Jordan returning to grace the covers of NBA 2K23 this year, the game will also reintroduce The Jordan Challenge, which encourages players to recreate 15 iconic moments from Jordan’s illustrious career. All ten of the original Challenges from NBA 2K11 have been completely rebuilt from the ground up and will make their return this year – alongside five new iconic Jordan moments – for an entire new generation of players to experience. These Challenges take advantage of more than a decade of technological leaps to provide a completely new way to play through Jordan’s accomplishments, all housed within its own game mode.”

To be fair, this sounds like a pretty neat mode, with commentary from former teammates and opponents, as well as video vignettes to watch. The NBA 2K games are already bursting at the seams with content, so we’ll gratefully lap up even more. The publisher says that additional information will be announced in the coming weeks – but for now, check out the bad ass announcement trailer above.