With the citizens of the United States celebrating their Independence day, retail companies have announced a massive sales drop on top-grossing titles. The games cater to every audience ranging from PC, Nintendo Switch, and Xbox to the Sony-owned consoles PlayStation 5 and 4. So, let’s look at some of the most loved titles getting a huge sale on the 4th of July.

First, we shall look at Nintendo Switch. Nintendo Switch is the next-gen console made by Nintendo. The franchise released it to allow fans to have a top-class gaming experience without being stuck in a particular place.

The Legend of Zelda: Breath of the Wild

Popular video game designer Shigeru Yamamoto created this game and published it through the Japanese Giant Nintendo. The game lists under the fantasy genre as it provides a high fantasy action-adventure experience. Previously, Walmart sold the game for $60 but has now cut down the price to $40.

Super Mario Odyssey is a 2017 action game released by Nintendo. The Japanese giant had limited the game to its Switch console, giving the fans the ideal 3D experience. Walmart previously sold the game for $60 but has now reduced the price to $42.

Who does not love a bundle of Grand Theft Auto? The Rockstar-owned gaming series has developed a massive fan base over the years. With every title released, the franchise has looked to improve the storyline, gameplay, graphics, and some other things.

Fans have always appreciated their efforts, as the company has never failed to impress them. Walmart previously sold the definitive edition at $60 and has now come down to $42. So, if you’re looking for a new game investment, you have one ready for you.

A good day for WWE fans, as Walmart has decided to sell the favorite title for $15. Previously, the retail store sold it for a whopping $40, which looked very expensive. But with independence day around the corner, they decided to cut down their prices.

Moving on from the Nintendo section, let’s look at some of the PS5 games that are getting a heavy discount. Sony released PS5 in 2020, taking fans to a new era of gaming.

Battlefield fans, assemble! is definitely going to be the announcement of every fan. After all, the game is getting a hefty discount as Walmart has cut the price from $70 to $20.

Apart from helping Capcom churn a handsome revenue, Resident Evil Village has grabbed the attention of every fan. So, if you’re one of those who haven’t got the chance to play it, here’s your chance.

Marvel’s Guardians of the Galaxy

The SquareEnix masterpiece has gained a massive fanbase in the PS4 community, as fans have adored the title. So, if you’re a PS5 owner thinking of buying a new game, here’s one for you. The game costs $30 currently after being deducted by half.

NBA 2K is one of the evergreen titles that will never stop leading the e-sports charts. So, if you do not have a title from this series, now is the time to grab it as NBA 2K 22 is available for just $20!

Moving on to the PS4, the console was first released in 2013, introducing fans to an enhanced gaming experience. So, let’s look at the list of some titles in this category.

The Far Cry series first came out in 2008. This Ubisoft production perfectly fits itself in the category of FPS titles. The game has 6 editions with Far Cry 6 being the latest one. So, if you are running low on cash but want to own an epic title, this is one of the best options. Walmart has cut the price to a whopping $15 which was previously sold at $60.

As we all know, the Lego series consists of a wide variety of games. But, if you are in search of a combination of DC and Lego, Lego DC Supervillains is the top option. The retail company is currently selling it for $15, which marks a good deal.

If you’re looking for a classic title, this one is definitely for you. Street Fighter 30th Anniversary Collection is a bundle of competitive fighting games from the Street Fighter series. The game now costs $20 with a past price of $40.

Apart from Battlefield 2042, we have another title listing at a heavy discount. Walmart has decided to cut the price of Borderlands: The Handsome Collection to $13 from $60.

Lastly, we shall look at some of the best titles from Xbox getting a massive discount. 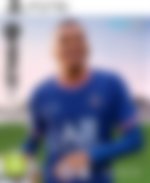 Fifa fans, we have some good news for you. The FIFA 22 digital edition is getting a massive price drop, as Amazon has decided to sell the game for $21. Previously, the game was sold at $70, limiting its audience. But now, with this price drop, it has opened the doors for new players.

Apart from FIFA 22, if you are searching for an animated classic Crash Bandicoot is the title for you. The game has cut its price from $60 to $44, allowing fans to enjoy this Activision title.

Assassin’s Creed Valhalla is undoubtedly one of the most loved title from its series. After all, fans have adored the epic saga of Evior trying to make his way through Norway. The game is available for $29 on Amazon, which is far less than the previous price of $60.

If you are a Jurassic Park and simulation fan, then this is the ideal title for you. At Frontier Developments production, the game offers a construction and management experience throughout. As of now, the title is worth $40 with a previous price of $60.

WATCH THIS STORY – Best Co-op Games to Play on PlayStation, Xbox, and PC in 2021

What are your thoughts about this? Are you going to buy any of these titles? Let us know in the comments section.