Those who follow the annual game release schedule pretty regularly will know that we’re typically in the middle of gaming’s “dry season”. After the huge wave of games that launch between February and May, June usually serves as a good rest period, while July often is seen as the calm before the storm, that storm being the August to Christmas game release blitzkrieg.

Curiously, however, July 2022 looks pretty stacked, with plenty of releases across big name franchises and smaller, indie projects looking to make a name for themselves. If you’ve got the time and cash to spare, there’s plenty of games launching in this upcoming month that you should care about. Here’s the biggest games of July 2022 for PC, PS4, PS5, Xbox One, Xbox Series X & S, and Switch.

Racing game fans have been eating pretty good for years now, as Codemasters have effectively nailed the F1 video game formula. F1 22, which has dropped the first two numbers of the year to cement the transition into an EA Sports game, is the next step in their ongoing domination of track-based racing, and if you’re a regular watcher of the F1 season, there’s more reasons than ever to hit track with the official video game.

F1 22 is all about redefining the race day experience, allowing you to choose how immersive and realistic the experience is. If you want to just have a couple of quick laps around Silverstone or any of the other official tracks from the current F1 season, you can do that, but if you want the full experience, with safety cars, pit stops and formation laps, you can have that as well.

If you were to compile a list of gaming franchises that’d be unlikely to receive a remake or remaster collection, Klonoa would probably be right up there. Despite a Wii remake of the first game in 2008, the Klonoa series has effectively been dead in the water for over a decade, but Bandai Namco have decided to revive it and release it on pretty much all major platforms. We’re not going to complain about that.

Klonoa Phantasy Reverie Series combines the first two Klonoa games, Klonoa: Door to Phantomile and Klonoa 2: Lunatea’s Veil, and upgrades their visuals and performance to make them really shine in 2022. With selectable difficulty levels, a local co-op mode for two players and platforming mechanics that are still excellent even to this day, Klonoa Phantasy Reverie Series is definitely one to keep an eye on.

Not every game needs to be about the quest to save the world or galaxy from some kind of threat. Sometimes it’s just nice to relax, chill out, and engage in a game where the stakes couldn’t be lower. PowerWash Simulator is that exact game, which some of you might know already from its early access release on Steam. However, the full release, along with a console port, is launching this July, and we’re lowkey excited.

As the name implies, PowerWash Simulator is all about the feeling of cleaning grime and gunk off houses, cars and other items with a high-powered pressure washer. Instead of shooting aliens or terrorist, you’re instead shooting icky gross stuff off things that deserve way more love. Or, you’re going to use the water to draw a dick in the dirt. Let’s just be honest here.

Those who tuned in to the recent Xbox & Bethesda Showcase will likely have been intrigued by As Dusk Falls, a new narrative adventure game from INTERIOR/NIGHT. Formed by a team who’ve worked on the likes of Heavy Rain and Beyond: Two Souls, INTERIOR/NIGHT are taking on a story that’s just as ambitious, but a lot more grounded with As Dusk Falls.

Set in Arizona over the course of 30 years, As Dusk Falls tells the story of two families whose fate has become intertwined after a robbery gone wrong. Naturally, the choices you make will affect the outcome of the game, with plenty of branching paths and consequences promised. Boasting an incredible art style too, As Dusk Falls could be one of the most interesting releases of 2022.

It’s arguably bold to release a game about a cute animal on the same day as Stray, but Endling: Extinction Is Forever has plenty of its own charm to offer that makes it worth keeping an eye on. For starters, the game’s eco-conscious plot hits closer to home as the effects of global warming, pollution and waste affect the world around us. Endling tackles these issues head on in a way that’s incredibly resonant.

You control the last mother fox on Earth in a world that’s been ravaged by humanity for resources. With your little adorable cubs in tow, you’ll have to take them on a journey through the ruins of humanity, avoiding predators and humans looking to ruin the natural habitat, in the hopes that you’ll teach your cubs the tools they need to survive. It sounds grim, but at least the foxes are cute. 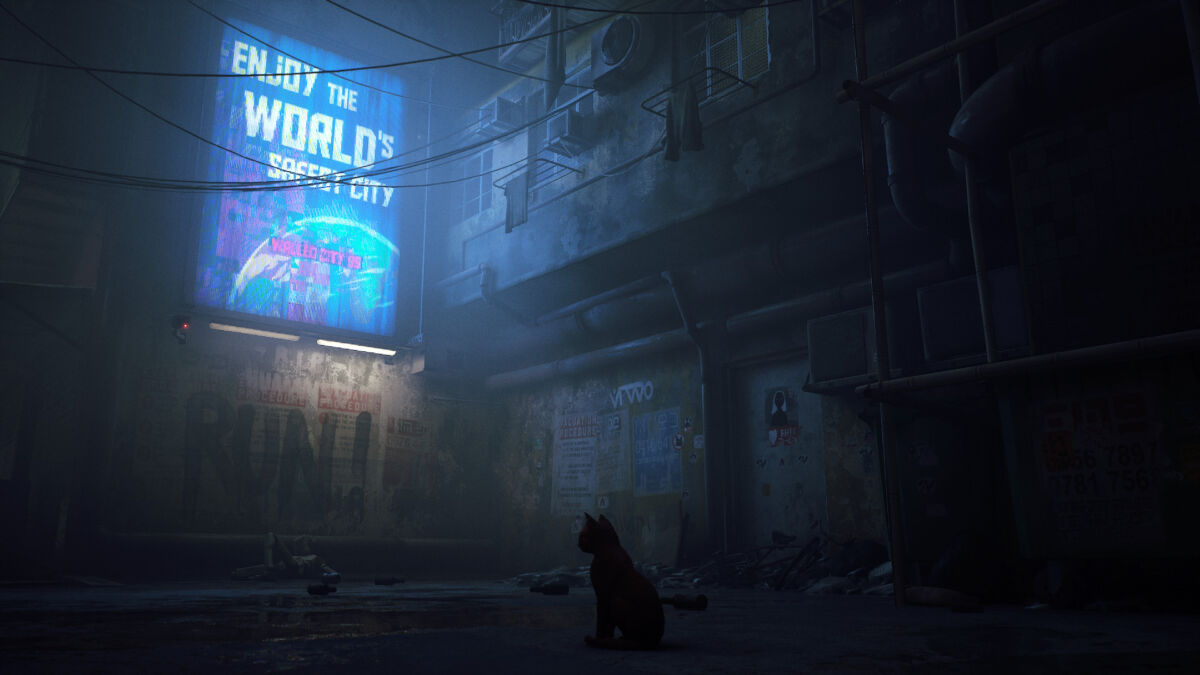 Ignore all other games launching in July, there is only the cute, cyberpunk cat game. This is the way. Annapurna have established themselves as publishers of video games that are unlike anything else on the market, and Stray is certainly more unique and interesting than most. If the various trailers and screenshots shown already haven’t captured your imagination yet, who knows what will?

As a cat, you’ll explore a city inhabited by robots, avoid enemies like the swarm-esque Zurks, and ultimately try to return to your family. It’s an adventure game with open world elements, meaning you’ll be able to use your cat agility to find secrets, solve puzzles and just generally live your best life as a cat. If this isn’t the game of the year, I’m going to be very disappointed.

If you want obscure RPGs, they arguably don’t get more obscure than Live A Live, a formerly Japan-only RPG released for the Super Famicom back in 1994. Nearly three decades later, Square Enix has decided to dust the cobwebs off the old girl and give it a brand new, shiny coat of paint for a worldwide release on the Nintendo Switch, where hopefully it’ll receive more love and adoration.

An ambitious RPG, even by today’s standards, Live A Live follows seven different characters across different time periods as they all deal with their own threats and issues. You can complete these scenarios in any order, but for anyone who’s ever played Sonic Adventure, you also know that these stories are going to be coming together by the end. While it might be overshadowed by another Switch RPG the week after, Live A Live is still worthy of your attention.

I’m going to settle a playground debate right here and now: Agumon could totally defeat Pikachu. There, I said it. Anyway, it feels like Digimon Survive has been on the horizon, waiting to launch for a long time now, so the fact that it’s finally received a set release date is staggering. Still, there’s every possibility that Digimon Survive will be the best Digimon game ever made, thanks to its emphasis on player choice and replayability.

Like most things Digimon, the game sees a group of unsuspecting Japanese schoolchildren unknowingly transported to the world of Digimon, where they’ll have to put their wits together in order to stay alive. The game’s split into various phases, and the player can make choices that’ll determine how your Digimon will digivolve, along with which characters will actually live or die. Make your choices wisely.

Over the course of the past decade, it feels like the Xenoblade series has gone from a relatively unknown RPG series to a genuine juggernaut and one of the main reasons to actually own a Nintendo Switch. With Xenoblade Chronicles 3, Monolith Soft has a chance to establish Xenoblade as a series worthy of standing shoulder to shoulder with Final Fantasy and others. Well, Shulk and co already stand next to Cloud in Super Smash Bros. Ultimate, but you get the point.

Like the rest of the series, Xenoblade Chronicles 3 is an action RPG with a large open world begging to be explored. Set in the future of the world established in the first two games, Xenoblade Chronicles 3 features two nations at war, with the playable protagonists representing both sides of the conflict. As a party of up to six characters, you’ll explore the world, beat monsters and maybe even learn something about the true meaning of friendship.

Some of the coverage you find on Cultured Vultures contains affiliate links, which provide us with small commissions based on purchases made from visiting our site. We cover gaming news, movie reviews, wrestling and much more.