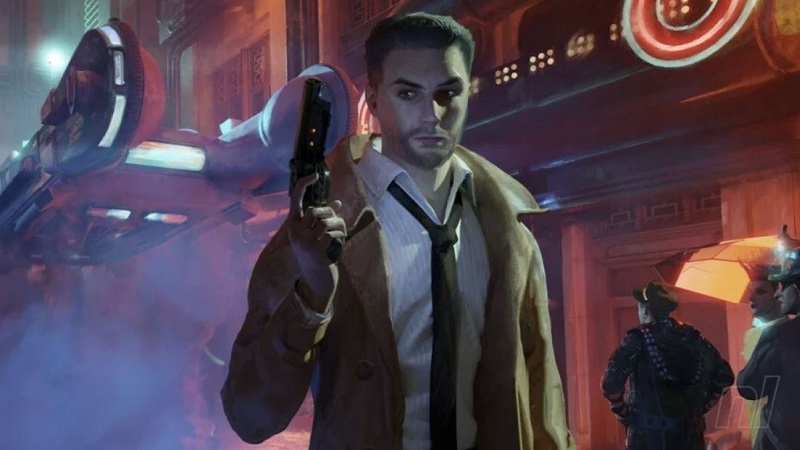 Blade Runner: Enhanced Edition PS4 review. It comes as something of a surprise that Blade Runner: Enhanced Edition is even here at all (its release date was basically made known two days before it was due to go on sale, which is naturally a bit suss), thanks to the substantial issues that porting studio Nightdive Studios experienced in attempting to get the original 1997 PC release ready for primetime on PS4 and PS5 in 2022.

Rightly regarded as not only one of the best point and click adventures of the 1990s but a cracking movie tie-in to boot, having Blade Runner from Command & Conquer developer Westwood Studios on a contemporary gaming console is all well and good but let’s also be clear too, there is nothing ‘enhanced’ about Blade Runner: Enhanced Edition and that’s a crying shame.

A Travesty Of A Remaster That Needed To Be Much, Much Better Than It Is

Rather than being a direct prequel or sequel, Blade Runner: Enhanced Edition actually takes place alongside the events of the 1982 movie, often intersecting with various characters and locations from Ridley Scott’s magnum opus throughout its duration. As rookie Blade Runner Ray McCoy, players are plunged into Blade Runner’s nightmarish take on 2019 Los Angeles, a ruinous urban sprawl where genetically engineered humans known as Replicants have gone rogue, murdering with reckless aplomb as they seek to come to terms with their own existence . 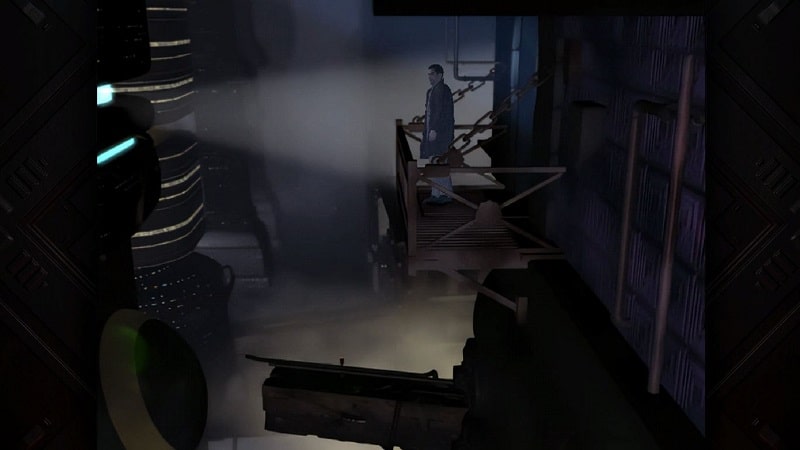 Unfolding from a perspective fixed third-person perspective with pre-rendered environments that occasionally shift into animation as you transition from one ‘scene’ to the next (think moving between areas in classic Final Fantasy VII and you get the idea), our boy McCoy is tasked with scooping up clues from the environment, interrogating folks and generally being a bit of an ass to just about everyone he meets. All the essential ingredients of a detective game, then.

Brilliantly, though Blade Runner: Enhanced Edition clearly has much of its world building already in place thanks to the original movie, developer Westwood Studios have also expanded that wonderful fictional playground that they’ve been given custody of. This has allowed them to broaden the world and lore in ways that feel appropriate all the while introducing folks to all new corners of Blade Runner’s sprawling cyberpunk realm. Elsewhere, multiple endings allow players to attempt different playthroughs through non-linear events and conversations, forcing them down a replicant opposing or replicant sympathizing narrative avenue.

Equally, so much of Blade Runner: Enhanced Edition will also prove immediately recognizable to anyone who has even a passing memory of the 1982 movie. From the iconic, glinting golden surfaces and setting sun backdrop of the Tyrell tower through to the rainy, neon-flooded Chinatown slums and even the iconic, rain-rotted Bradbury building – where Deckard has his final confrontation with Replicant leader Roy Batty – down to the *exact* camera angle that was used in the movie, it’s clear that the developers were keen on paying a loving homage to Ridley Scott’s 1982 movie. Some of this bleeds directly into how Blade Runner: Enhanced Edition plays too, with McCoy able to use the Voight Kampff test to root out Replicants hiding in plain sight, not to mention the Esper device which allows players to zoom in and enhance new details on videos and photos. It’s all good stuff that knowingly doffs its cap at its now forty year old silver screen counterpart. 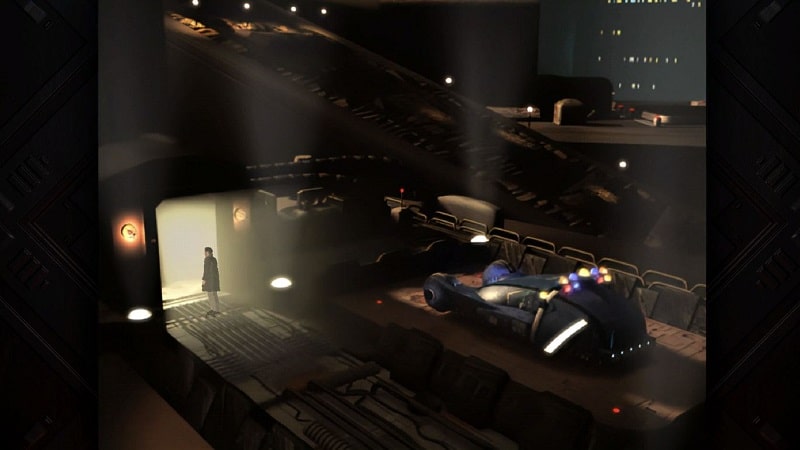 Even the soundtrack pulls in a commendable performance in mimicking the original movie, as the synth-infused, melancholic melodies deftly supporting the visuals in transporting players to the seedy, decaying cyberpunk setting of Blade Runner’s Los Angeles in the year 2019. Unfortunately, in this timeline during 2022, Blade Runner: Enhanced Edition makes little or no effort to make the game even remotely presentable for contemporary audiences.

When Nightdive Studios announced that it would be remastering Blade Runner for current gaming consoles and PCs it quickly ran into an almost show-stopping issue – the source code for Blade Runner had been tragically lost, meaning that the developer had to essentially re-engineer the game based on the original PC release. As such, not only is Blade Runner; Enhanced Edition in no way calibrated for current gaming technology, but also no allowances have been made for a new generation of gamers that would be playing Blade Runner for the first time.

For a start, if you have a 4K TV, or really, any television set that is larger than 32 inches, your eyes will hate you and seek to disown the rest of your body immediately. Owing to the fact that the original source code wasn’t available, Nightdive Studios weren’t able to do much with the existing pre-rendered backgrounds and video cutscenes other than upscale (the key word here is ‘upscale’, rather than ‘remaster ‘ or ‘remake’) them into 4K resolution on PS4 Pro/PS5 and ramp up the framerate to sixty frames per second. The problem is, despite all of that, Blade Runner: Enhanced Edition looks horrendous, with massively blocky pre-rendered backgrounds and cutscenes which look like mush and that conjure up unfortunate memories of the Sega CD and it’s massively terrible FMV playback. 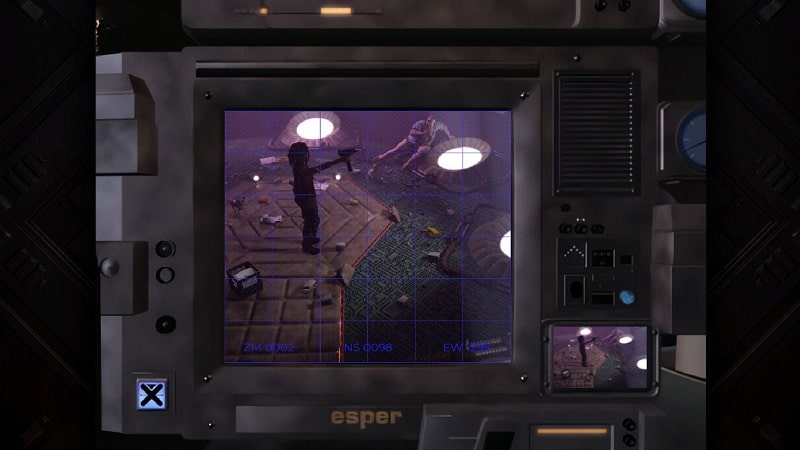 The character models, such as they are, look absolutely awful too. A mish-mash-mess of voxels made to approximate a human being (or Replicant), the various character models in Blade Runner: Enhanced Edition just crumble into a mess of pulsating pixels the closer that they get to the camera – resolutely erasing any kind of detail in the process. Games just shouldn’t be looking this way in 2022, let alone on a PlayStation 5 console.

However, we’re just at the top of a white-knuckle rollercoaster ride down into depths of awfulness and the video sequences, framerate and resolution are just the tip of an crappy iceberg covered in crap. If the massively blocky and jerky rendered backgrounds and video wasn’t quite bad enough, Blade Runner: Enhanced Edition also has more bugs than Starship Troopers. Ranging from the trivial variety such as our protagonist getting stuck on the scenery, through to the potentially game-breaking, like clues and crucial evidence just not spawning on screen the first time you walk into an area, it’s clear that Blade Runner: Enhanced Edition absolutely needs an almighty kicking to get it into shape.

Beyond all of that, there are massive usability and accessibility issues too. In addition to the previously mentioned glitch that oh-so-hilariously causes items and clues to not spawn in the world, the darkness of the pre-rendered backgrounds coupled with the dullness of the points of interaction in the environments means that you can very easily miss clues because they mesh in with the grungy, messily contrasted backdrops. The end result to this is that you can often spend far longer than you would expect, or like, combing pixels for items to pick up and honestly, that just isn’t fun. At all. 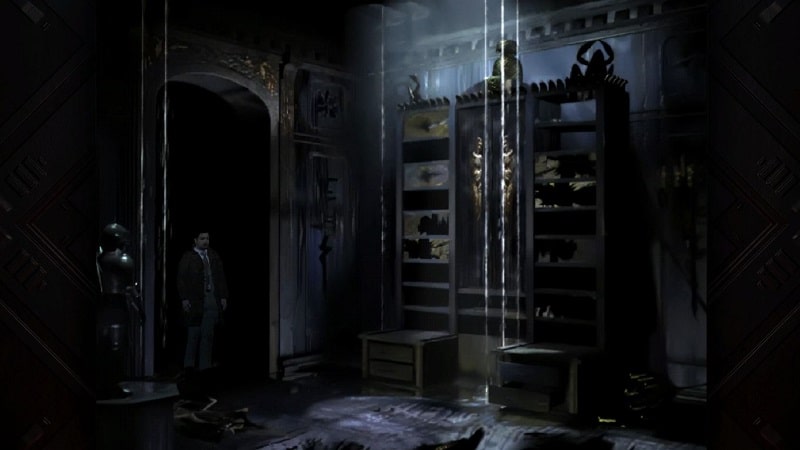 Making matters worse is the fact that there are no tooltips in the environment. The only indication that something can be interacted with is if your cursor turns green (turning blue means you’ve highlighted an exit out of the existing area) and that’s it – there’s nothing to tell you what you’ve highlighted or the appropriate context that it holds to either the narrative or the local environment. It’s just shoddy and not at all acceptable in 2022.

And then, and then! there’s the lack of any sort of tutorial, instructions or direction. Now normally this wouldn’t be such a big deal, but when the controls aren’t even explained (I actually worked out by complete accident how to un-holster my gun) and you just have to guess how to use things like the Voight Kampff test, while also spending hours not knowing what to do next because you think you’ve done everything but in reality you missed an NPC wander into a specific location because the random scripting didn’t put them there, playing Blade Runner: Enhanced Edition can be prove to be quite the exhausting and frustrating venture indeed. Honestly, just some sort of mission update prompt saying something, anything, would be handy for newer players but alas we aren’t that fortunate.

Finally, the menus are a mess too. Seemingly constructed in a Visual Basic creator of some sort, they’re as flair-free as you can possibly get and just look terribly basic and cheap, while also being poorly designed and a pain to navigate around. It’s just one other area of ​​Blade Runner: Enhanced Edition’s design that calls into question its boastful suffix. 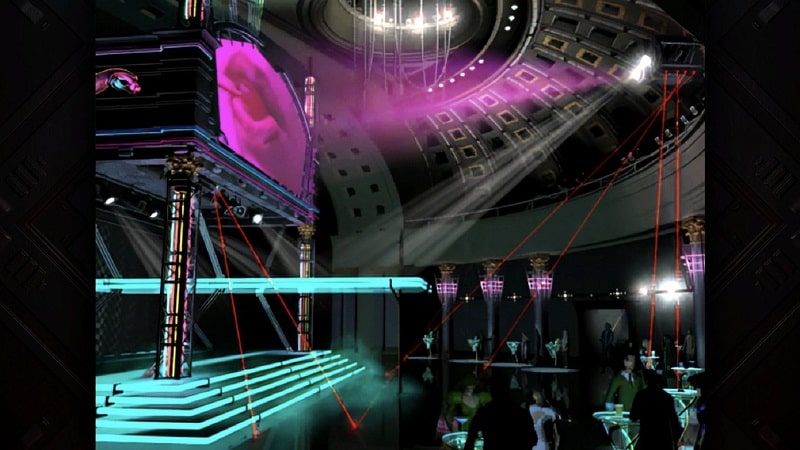 Look, I love Blade Runner to bits. The 4K Blu-Ray of Blade Runner: The Final Cut is a mainstay in my PS5 and I hold the equally brilliant sequel, Blade Runner 2049, in similarly high regard, but Blade Runner: Enhanced Edition feels like it didn’t need to exist . The thing is, I don’t even really, completely blame the developers. Nightdive Studios had an impossible task to re-engineer the original game and fashion something that would simultaneously appeal to old fans of the original 1997 PC, while also appealing to a new generation of gamers. Though they ostensibly failed on both counts, the amount of investment of time and money that would have been required to get Blade Runner in anything looking like an acceptable state would have likely killed it off years before release anyway.

As it is, I’m not without pity for Nightdive Studios and their evidently troubled endeavors in trying to bring Blade Runner to a new audience, but we need call a spade a spade and Blade Runner: Enhanced Edition just fails to be meaningfully ‘enhanced ‘ in any real way.

Between the poor, blocky visuals, the array of glitches and bugs, the sub-standard UI and lack of any attention given to making the game more accessible to a contemporary audience, it saddens me to admit that Blade Runner: Enhanced Edition should be avoided at all costs. Tragically, this is because under all of this scarred and badly implemented design, there’s a roundly excellent and atmospheric detective yarn just bursting to come out, but is now seemingly condemned to be lost to time, like tears in the rain.

Blade Runner: Enhanced Edition is out now on PS4.