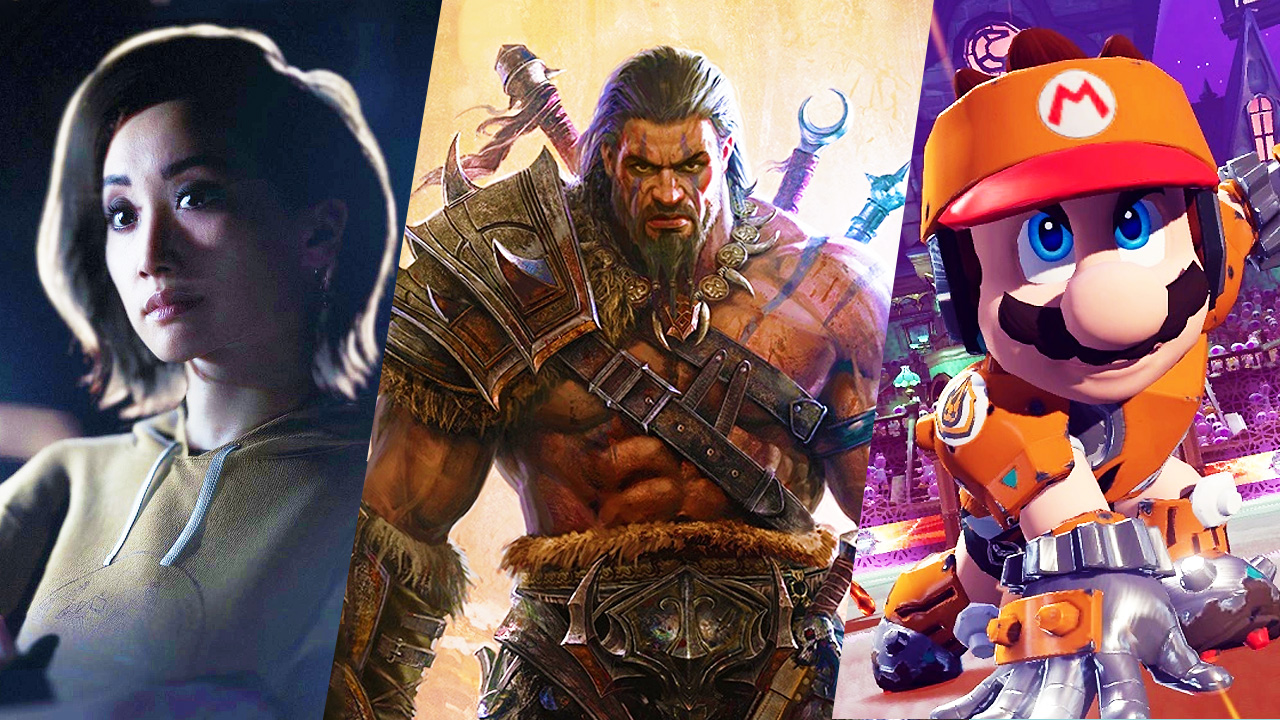 Keeping track of all the latest video games coming out is an increasingly complex task, what with multiple PC storefronts, Xbox One, PS4, Switch, mobile, and more to keep track of, but don’t worry, I’m here to help . Every month I’ll be running down the games you need to be keeping an eye on, from the big triple-A headliners, to the intriguing indies you might otherwise overlook.

After a few slow months, things pick up a bit in June, with the release of the ever-controversial Diablo Immortal, Supermassive’s latest horrorfest The Quarry, and a pair of Nintendo titles in Mario Strikers: Battle League and Fire Emblem Warriors: Three Hopes . Meanwhile, on the indie front, we the clever Card Shark, intense horror adventure Fobia – St. Dinfna Hotel, and more.

Note: While I may have played demos or got early access to some of the games recommended in this article, in most cases I’m simply choosing games that look promising, and can’t vow for the end product. Do wait for reviews before buying!

That said, here are the games you should be looking out for in June…

After much backlash and gnashing of teeth from fans, Diablo Immortal finally arrives this week, and no, you guys don’t have to have phones to play it. The game will also be available on PC, although much of the trappings and monetization of a mobile game will remain. Blizzard promises Diablo Immortal will be a full-fledged ARPG experience, and early testing has largely backed that up. Whether Immortal tides fans over until Diablo IV remains to be seen, but given the game is free-to-play, your trip to hell doesn’t have to cost you much. You can grab the game here.

DNF Duel Gets Online Mode Trailer Ahead of Launch

Following a 15-year absence, Nintendo’s fan-favorite arcade soccer franchise returns with Mario Strikers: Battle League. The new game looks to deliver more of the over-the-top, power-up-enhanced footie of past entries of the series, but this time around there’s more of an emphasis being put on online action, including the ability to form clubs to participate in ranked play. It’s good to see Mario getting his cleats dirty again. You can pre-order the game here.

Developer Supermassive Games put themselves on the map with the surprise PS4-exclusive hit Until Dawn, but they’ve never really reached that height again. Sure, they’ve continued to do the choice-based horror thing with The Dark Pictures Anthology and other games, but it’s clear they haven’t been given the resources to replicate Until Dawn’s success. Well, The Quarry might change that. Funded by the deep-pocketed 2K Games, The Quarry looks to be Supermassive’s biggest, bloodiest pretty person slaughterfest yet. You can pre-order the game here.

There’s just no stopping the steady drumbeat of new Musou games from Koei Tecmo, with the newest one being Fire Emblem Warriors: Three Hopes. As the name implies, the game takes place in the same universe as 2019’s Fire Emblem: Three Houses, and promises plenty of hack ‘n’ slash action, some light strategic elements, and a full-fledged new story. The first Fire Emblem Warriors was a solid effort, so hopefully this follow up strikes a similarly successful blow. You can pre-order the game here.

Dungeon Fighter Online may not have made much of a splash in the West, but the action-RPG is a massive success in Asia, attracting hundreds of millions of players, and now the franchise is getting its own fighting game from Arc System Works. DNF Duel looks to deliver the impressive visuals and combo-heavy action you’d expect from the makers of Guilty Gear, so even if you’re not familiar with Dungeon Fighter Online, this Duel may be for you. You can pre-order the game here.

There are plenty of games out there with card-based mechanics, but few that really replicate the experience of playing cards. Card Shark is the exception. The game casts players as a skilled 18th century cheat, who uses every trick in the book — card marking, false shuffles, deck switching, false deals – to trick their marks. But it’s not all fiddling with your deck, as Card Shark also serves up an intriguing storyline as well. This one looks to be playing with a full deck. Here’s the Steam page for Card Shark.

Souldiers taps into a lot of recent trends – it’s a Metroidvania, Soulslike, and hardcore platformer all rolled into one. That may sound derivative, but Souldiers looks appealing nonetheless, thanks to its lush 2D visuals, slick action, and pumping soundtrack. Sometimes it’s okay not to break new ground, as long as you have soul. Here’s the Steam page for Souldiers.

Fobia – St. Dinfna Hotel features a grounded, atmospheric art style somewhat reminiscent of PT and the various games it inspired, but this is no horror walking sim. You can also expect plenty of complex puzzles that rely on a camera that can see the past and future, as well as full-on action as you take on various the grotesque monsters stalking the hotel. This looks like a surprisingly ambitious nightmare. Here’s the Steam page for Fobia – St. Dinfna Hotel.

And those are the games you should be keeping an eye on this coming month. What games are you planning to pick up in June? Did I miss anything you’re looking forward to?