There was, however, another section labeled as Gen 9.5, which had PS5 Pro and New Xbox Series X/S listed under it on the presentation side. The slide goes into further detail, stating that these unannounced consoles would target a native resolution of 2160p at a frame rate ranging from 60 to 120 frames per second. 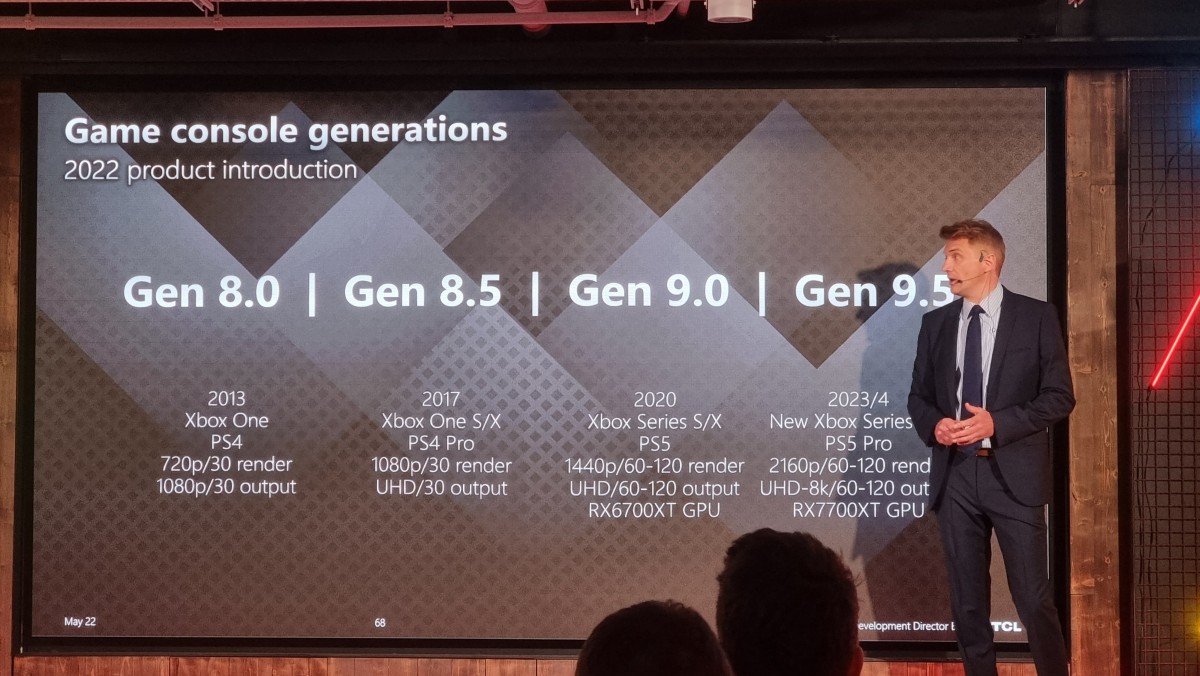 The AMD Radeon RX7700XT is expected to be released sometime this year. The graphics card is based on the Navi 33 graphics processor and built on a 6 nm technology, and supports all the latest DirectX 12 Ultimate features, including hardware-based raytracing, variable-rate shading, and other features. The GPU features 4096 shading units, 256 texture mapping units, and 128 ROPs. Additionally, there are 64 RT acceleration cores featured as part of the GPU. The Radeon RX 7700 XT is equipped with 8 GB of GDDR6 memory, which is linked through a 128-bit memory interface. The GPU runs at 1800 MHz and may be increased to 2200 MHz, while memory runs at 2250 MHz (18 Gbps effective).

There would undoubtedly be several customizations made to the RX7700XT’s specifications when factoring it as a component of the PlayStation 5 Pro or a new Xbox Series console. For starters, the 128-bit memory interface is likely to be replaced by a 256-bit or higher interface. Similarly, given how the consoles utilize a Unified Memory architecture, the pool of VRAM available to the APU is likely to be 16GB to 24GB.