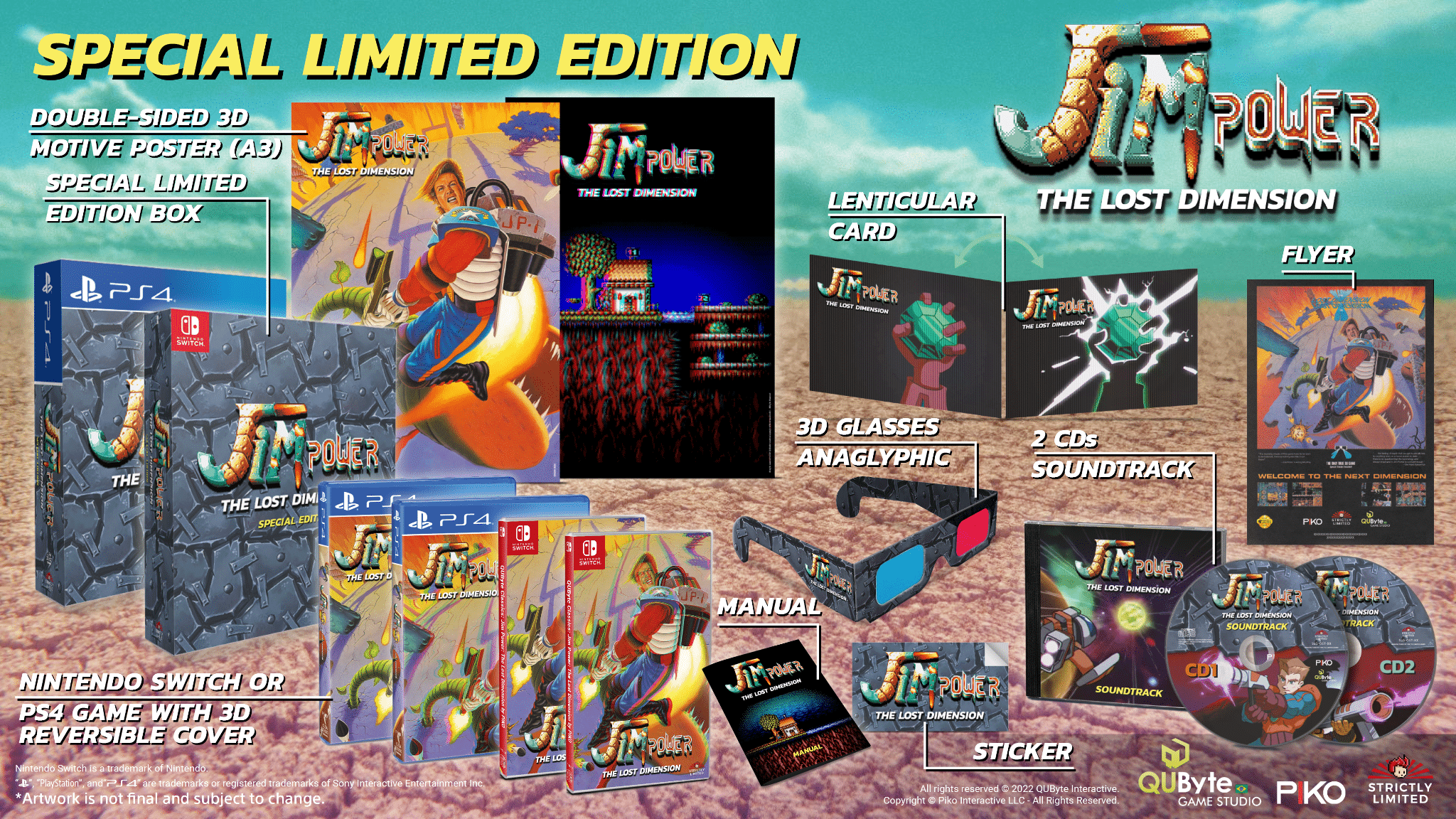 The 90’s cult classic spirit lives on as Strictly Limited Games has announced a limited PS4 and Switch release for Jim Power: The Lost Dimension, a re-release of the original retro shooter, now developed from scratch by PIKO Interactive. Check out a trailer for the game below.

Here are the features of the PS4 and Switch limited release for Jim Power The Lost Dimension:

To commemorate its cult status, Strictly Limited will also be launching special Retro Editions that will be available in three different cartridges:

Each version will be available for $54.99. Pre-orders for all versions kick off on Sunday, May 29th, during the following times:

You can check out the game for yourself for pre-orders via the official site here.