“Gotham Knights” got new developments from Warner Bros. Games, and it is with the gameplay demo that shows Nightwing and the Red Hood’s first look at the upcoming title. However, it is not the only development of the game as it also announced that it is not released on the PlayStation 4 and Xbox One platforms for its upcoming release. 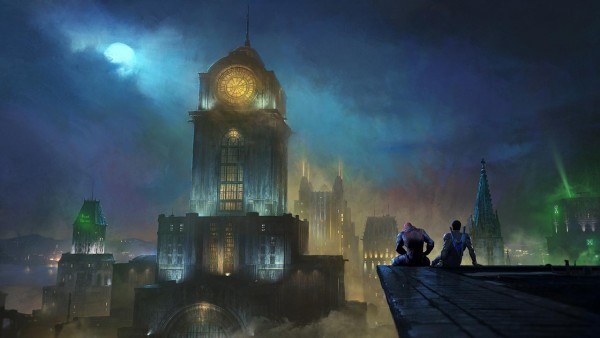 “Gotham Knights” brought its announcement of the new gameplay demo on their Twitter and YouTube platform, bringing a new look and development to the game. However, it is not the only news here, as the company also said that the game would not be released to previous consoles like the PS4 and Xbox One for its future release.

Do not fear, as the “Gotham Knights” are here to stay and release on October 25, but will focus on the current gaming console release for the famous companies. It includes the PlayStation 5, Xbox Series S and X, and the PC gaming platform for the public to enjoy.

The only downside here is that people that do not have the latest gaming console need to look for it fast before the game releases in more than five months.

The new gameplay demo teaser focus on the game’s upcoming main characters, Richard “Dick” Grayson, also known as “Nightwing,” and the anti-hero Jason Todd, known for his moniker “Red Hood.” It shows the many moves and actions that a person may experience once they can own the game and play its storyline revolving around Gotham and its heroes.

‘Gotham Knights’ and its Release

DC fans do not worry, as the “Gotham Knights” game is still coming this year, by October 25 for the public to experience. The only dispute now is its focus on the modern gaming consoles and PCs, which will be the only platform that it will be available for when it releases to the public.

Warner Bros. is a famous gaming company that produces and publishes games under its properties, focusing on AAA titles like the Project NOMAD, aka the “Gotham Knights.” Titles like this appear regularly as the DC Comics’ game adaptation are famous among fans, and enthusiasts.

It follows the “Batman” series that is also massive on video games, bringing a platform for the Caped Crusader and other heroes of Gotham to protect the city from crime, corruption, and more. Tyrannical villains come here, including the Joker, The Riddler, Scarecrow, Deathstroke, Bane, and more.

Now, it seems that it is the time for the “Gotham Knights” to take on their place in the city and defend it from the ruthless troublemakers that aim to destroy and wreak havoc. Players will have the chance to play as their favorite heroes, just not on platforms like the PS4 and Xbox One.