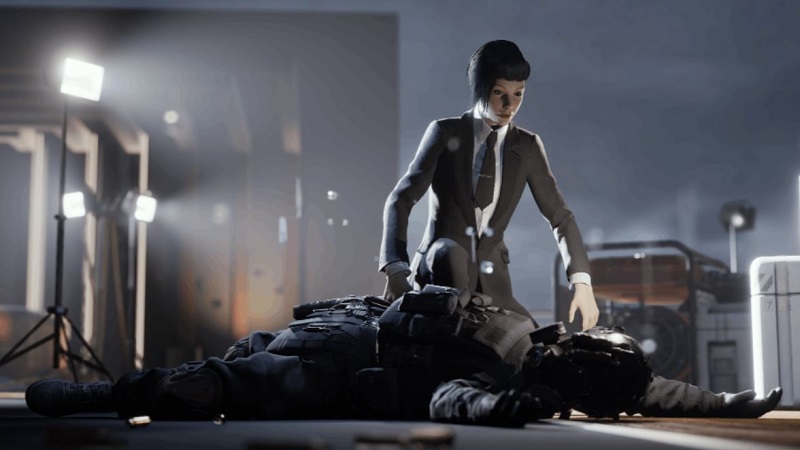 Vampire: The Masquerade Swansong PS5 review. The latest entry in the ever expanding incursion of the World of Darkness tabletop RPG into video games, Vampire The Masquerade: Swansong feels absolutely tailor made for fans of that setting – plunging players deep into an entangled web of political intrigue, back-stabbings and social upheaval that exists at the highest levels of vampire society. For everyone else, Swansong will likely represent something a bit different; a markedly sophisticated detective game that can take a little while to get going, but when it does provides ample reason to attempt multiple playthroughs after the credits have completed their roll.

Set in the eternal twilight of contemporary Boston, a sect of vampires known as the Camarilla hastily look to make alliances in order to shore up their base of power after the fall of their brethren in London. Led by their headstrong leader, Prince Hazel Iversen, a very specific partnership is sought with the vampires of Hartford, leading many of the more conservative vampires in the Primogen Council (essentially the Prince’s exclusive circle of trusted powerbrokers and advisors) to question this approach. Naturally undead folks being the dysfunctional lot that they are, a brutal attack takes place at the party which was to celebrate this union of clans and as a loyal servant to your Prince, Swansong has you embarking on an undead sleuthing odyssey in order to get to the bottom of who or what is behind this attack. 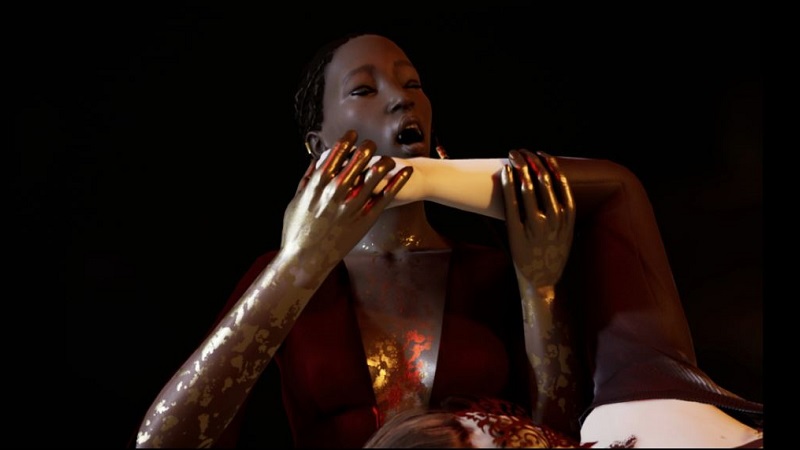 With events unfolding from a third-person perspective, Swansong has you investigating the attack by placing one of three very different vampires under your control at any single time. In delving deep into that broad World of Darkness setting, the three vampires that you take control of each belong to a different ‘breed’ of vampire that have their own traits, skills, strengths, weaknesses and most importantly, personalities.

First, we have Emem Louis, a Toreador vampire who grew up around the 1920s jazz scene, Emem is estranged from her sire and is looking to make her mark on the world, all the while looking to keep the peace between the various Boston clans. Next we have Leysha, a Malkavian vampire that suffers from crippling visions and mental disorders, Leysha is the trusted right hand of Prince Iversen – however her unconditional love for her daughter, also a vampire, looks to put her at considerable risk. Then finally we have Galeb. The oldest of all the protagonists, Galeb is a loyal elder vampire that slowly sees the world slipping away from him as he considers whether or not to embrace (turn) a human for possibly the last time.

A roundly entertaining trio of protagonists, each of the three vampires are well written to say the least and thanks to extensive world building that Swansong indulges in – thanks in no small part to the near limitless quantity of source material it has to draw from – their histories, personalities and actions all feel grounded in a richly detailed setting that spans thousands of years and even entire nations. Speaking of lore, Swansong is absolutely drowning in the stuff as a handy codex breaks down every aspect of the setting from a useful digest of terms, to key events, the different vampire clans and even individual characters. Though text based for the most part, the lore of Swansong is still remains quite digestible all the same but might seem a slog to newcomers. 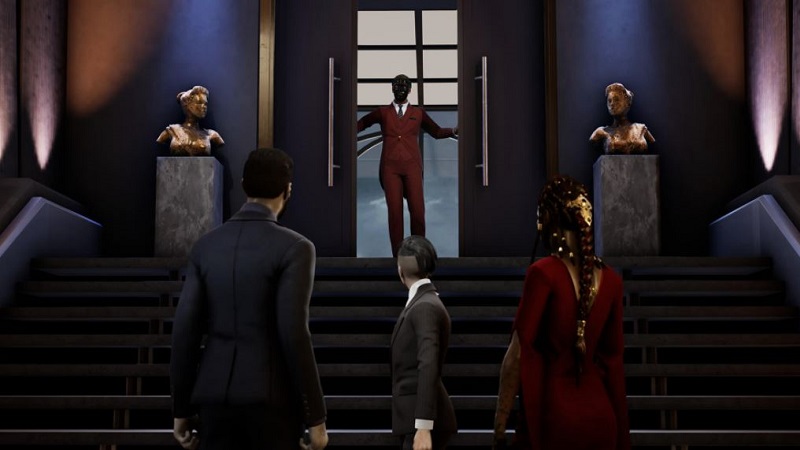 Much like The Council, the last game from developer Big Bad Wolf Studio, Swansong is ultimately a detective yarn at heart and one that puts a real premium on non-linear storytelling and player choice. Placing hard-earned experience points in different skills in turn provide you with different ways to interact with the world that you might not have a single playthrough. For example, putting skills in education may allow you to decipher an ancient text and gain clues as a result, while going big on intimidation opens up previously locked dialogue paths with other characters that could result in a different outcome. Not only is there a wealth of different endings, but each scenario and almost every conservation has a range of different outcomes – all of which encourage replayability after the first playthrough of Swansong.

For those who may be curious, there’s no real combat in Swansong (if you want to fill that particular World of Darkness niche, the recently released Bloodhunt has you amply covered). This is a game that all is about conversation, subterfuge, wit, smarts and, well, trying to be a vampire and keeping that absolute dumpster fire of an existence in check. Pointedly, this is where Swansong not only differentiates itself from The Council, but also just about every other detective game money can buy too.

Quite simply, being a vampire is frickin’ cool – but it comes with its own set of problems to deal with. Chief among these problems is the need to keep your hunger in check and this can be done by either munching down on rats (OH LOUIS *ahem*) or by drinking the blood of regular humans – and there are consequences for doing both too. Eat too many rats and you start to get a reputation among your fellow neck-biters as being something of a dirty deviant, whereas if you snatch away too many humans (you need to identify a safe area first beforehand), their fellows can become suspicious and even outright hostile if you accidentally drain one too much and send them six feet under. 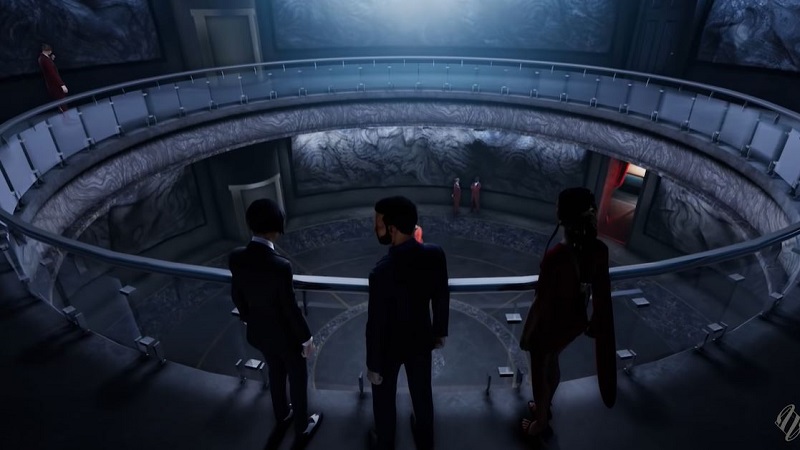 More than just some arbitrary mechanic, hunger is super useful for vampires to keep down because not only does it prevent them from essentially losing the plot and puncturing every throat in sight when kept in check, but it also provides the fuel for them to exercise some of their more flamboyant abilities – all of which dovetail neatly into Swansong’s take on the detective genre a create something of a real balancing act for players to engage with beyond all that sleuthing work. Indeed, from invisibility to disguise to being able to sense and divine the past, Swansong leverages all of these abilities and folks them into its detective beats – making Vampire: The Masquerade – Swansong the vampire detective game that you never knew you wanted.

In mimicking Big Bad Wolf Studio’s previous game The Council, Swansong has also incorporated the annoying habit that game had of crafting a number really quite frustrating puzzles that are neither especially fun, or occasionally logical to solve. Though certainly there are far fewer in Swansong than there is in The Council, it’s a shame that these conundrums haven’t been upgraded to meet the same lofty heights of other aspects of Swansong’s design.

So Vampire: The Masquerade – Swansong is the sort of appreciably deep, non-linear detective adventure that doesn’t come along often and Big Bad Wolf Studio should absolutely be commended for what they have wrought here. However, just like The Council before it, Swansong suffers from an uneven technical execution that applies rough edges to an otherwise stellar effort. 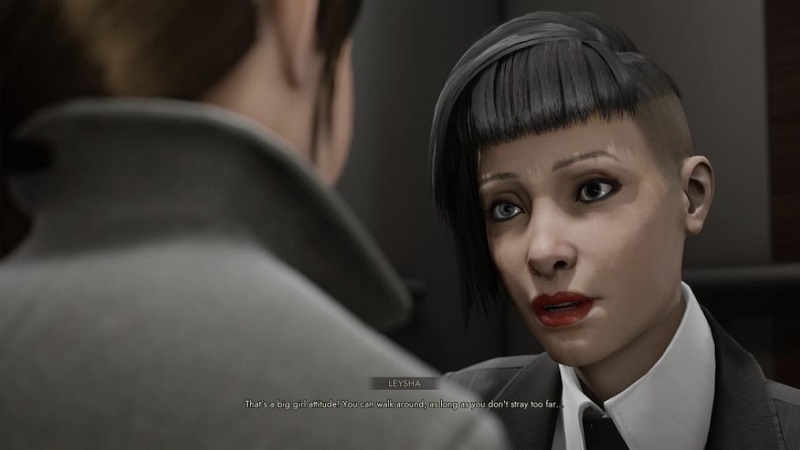 First, it’s abundantly clear that there is some sort of relatively low cap for production values ​​in place. Though the environments look great for the most part (especially the numerous vampire cribs that seem to have reflective marble and fancy lighting basically everywhere), the character models fare less better with awkward looking animations and poor lip-sync that gives Swansong the impression that it’s more of a last-gen effort than a current one; a fact that is surely borne out by Swansong’s cross-gen development.

Next we come to the bugs. Largely trite in nature, they tend to encompass minor issues such as partial clipping through the environment, scrollbars occasionally not working in menus and so on. Again, there’s nothing that really qualifies as a showstopper here and I can happily report that I’ve not had Swansong crash out on me or otherwise just stop working, but the number of noticeable glitches and smaller bugs all add up to the creation the impression of a game that maybe needed another three months in development before release.

Then there’s the voice acting. Seemingly running the entire gamut from tolerable to so cringe it could entirely compress your spinal cord, the performances that give (un)life to Swansong’s cast of characters is extremely uneven to say the least. Though the voice performances of the three main protagonists, Emem, Leysha and Galeb are all perfectly fine, it’s really the array of other NPCs that come out the worst here, either displaying a frankly comical obsession with exaggeration or an ear-dulling, disinterested performance that feels entirely (and perhaps literally) phoned in.

In the end, despite its penchant for occasionally banal puzzles, rough character animations and wildly varying voice performances, Vampire: The Masquerade – Swansong is nonetheless a roundly fulfilling detective adventure with a vampiric twist that will appeal greatly to anyone that follows the World of Darkness setting. For others, Swansong makes for a fine, if occasionally clunky introduction to that sprawling world of supernatural politics and generation spanning stories.