If you’ve been playing games for a decent chunk of your life, there’s something that you take so much for granted that it almost feels stupid to mention it- the fact that, more often than not, movie tie-ins are disappointments that make use of big licenses and capitalize on circumstances to sell what is a half-baked and poorly developed experience. Or used to be, at any rate, given the fact that movie tie-ins have become exceedingly rare as time has gone by (which, honestly, is a net positive).

But as true as that is, it’s not absolutely true. Sure, this is almost a rule in and of itself, but there are exceptions to every rule, and sure enough, there have been a few movie tie-in games over the years that have turned out to be far better than they had any right to be. 2009’s X-Men Origins: Wolverine is one such game- a solid action title that actually did some interesting things with its license, respected its source material, and delivered brutal and engaging hack and slash combat that any fan of the Wolverine property would enjoy. And in a medium where a decent movie tie-in – let alone a good one – is such a rarity, one can’t help but look at X-Men Origins and wonder- how exactly did it do what it did?

Before we get into that, it’s important to clarify a few things. This was no masterpiece- as good as X-Men Origins: Wolverine was, the consensus (very rightly) was that it was a diamond in the rough, a game with plenty of issues of its own, but one that ultimately overcame those hurdles on the back of its core strengths to deliver a solid and entertaining gaming experience that could stand on its own two legs. It wasn’t an awesome game, no, but it was a solid one- and not just “for a movie tie-in”. It also helps that the movie the game is tied to is kind of atrocious (to say the least).

The game’s biggest strength lies in the one area that a Wolverine game pretty much has to nail- the combat. Like a great many games releasing in that era, X-Men Origins: Wolverine was inspired heavily by the older god of war games, with a hack and slash combat system relying on brutal attacks, combos, and more. But where many pretenders of the time thing to imitate those mechanics without bothering to have much depth or variety present, Wolverine ensured to make its combat feel like it had more than just button mashing going through it.

Ripping through enemies with barbaric attacks was the bread and butter of the experience, obviously – that was sort of unavoidable given the sort of game it was – but it tried to mix things up with a decent bit of enemy variety, combos, mechanics like grabbing enemies and air juggling, and, every so often, allowing players to make use of the environment and objects and elements in their surroundings to their advantage, all of which could be chained together in consistently fun ways- such as juggling an enemy with a combo in the air before then thrashing it down into the ground and impaling it on a spike sticking out of the spot. There were moves like the vicious claw spin, a lunge attack that never got boring, and a rage mode that fit within the framework of the game and, more importantly, the source material perfectly. Add to that a simplistic yet effective progression system, and what you had was a combat system that was perfectly capable of holding itself up throughout the entirety of the experience. 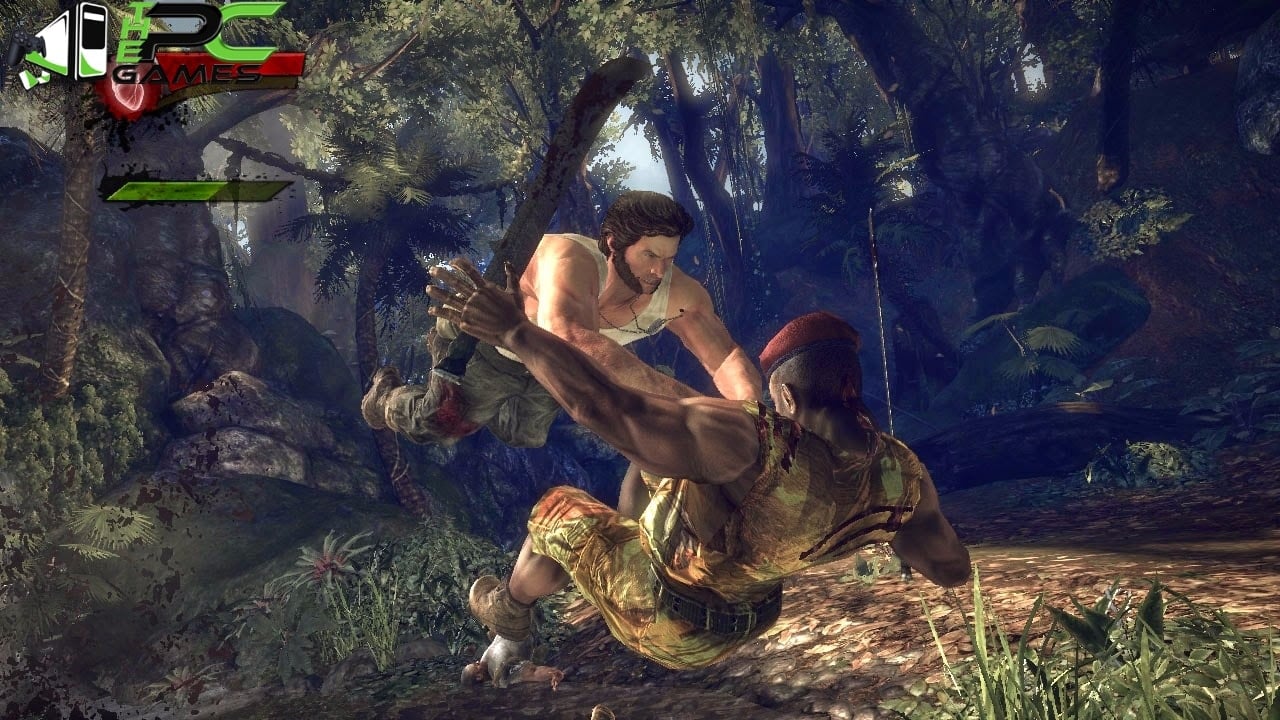 Another huge win for the game was the fact that it was absolutely brutal- or at least one version of it was. The Uncaged Version for PS3, Xbox 360, and PC, and that was very much the flagship version of the game, with full-on violence, language that didn’t hold back, and all around, a complete license to be as true to tea Wolverine license and its dark, mature tone as it needed to be. On PS2, Wii, PSP, and DS, the game was incredibly compromised on those fronts (especially on the DS, as you may have expected), but on PC and what were, at the time, current-gen consoles, it felt and played the way a Wolverine game should.

Limbs would be dismembered, blood and gore and viscera would spatter everywhere during particularly bloody fights, and during the course of combat, you’d see the damage sustained by Logan getting visibly worse on his body, at times even with cuts right down to visible bones (the healing animations were just as gleefully grotesque). On top of all that, what made the game’s adherence and faithfulness to its source material stand out even more was the fact that the actual movie that had spawned the game released with a PG-13 rating- which was just one of many things that proved to be its downfall… but that’s another discussion.

Again, the game wasn’t perfect. It was a little too short, and even within that short runtime, it could get a little repetitive, not least because the things that broke up the combat – namely the boss fights and a few puzzles here and there – were bland and forgettable at best and downright boring at worst. Meanwhile, the story, while fun and engaging enough to hold attention, was flawed in some very blatant ways, while the visuals weren’t anything to write home about either. But the parts that the game was good at, it was so good at that it became much easier to tolerate its flaws, even though those flaws were not easy to ignore quite often. Oh, and Hugh Jackman voicing Logan and doing a damn fine job at that was yet another highlight. 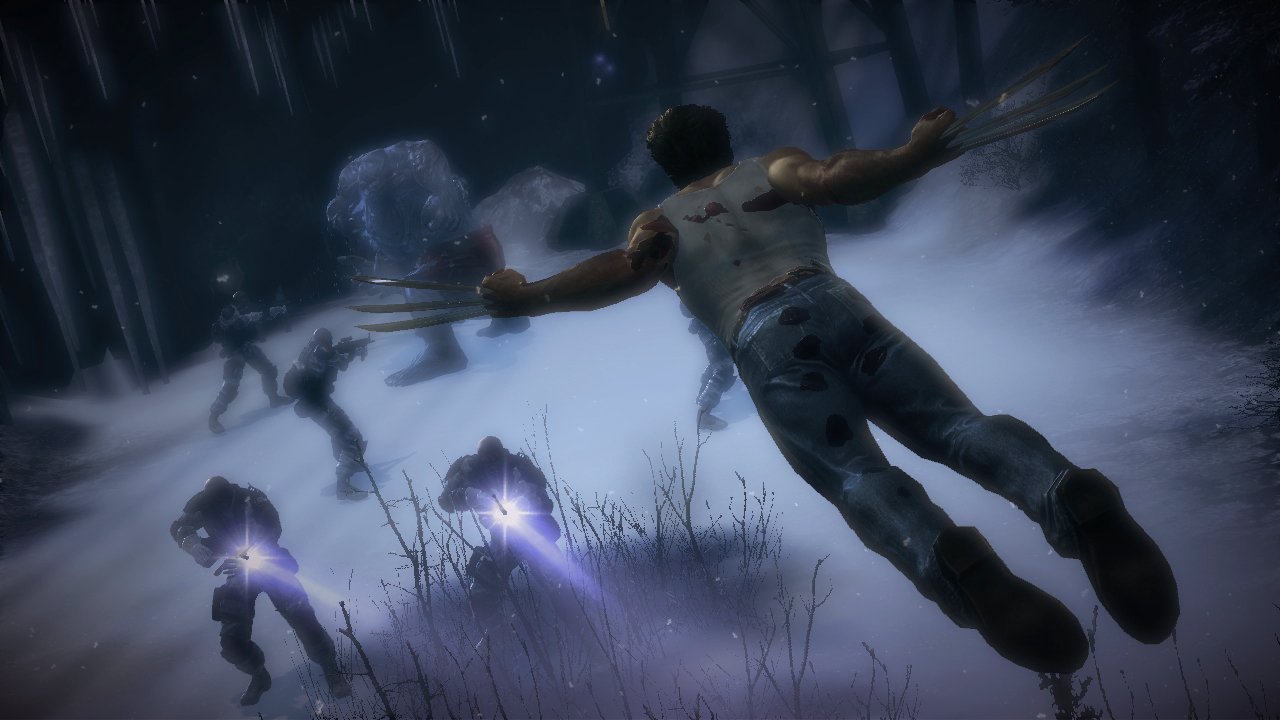 It wouldn’t be an exaggeration to call X-Men Origins: Wolverine one of the best movie tie-ins ever made, even though that’s not a high bar. In fact, it wouldn’t even be all that outrageous to say that it might even be one of the better superhero games, at least of its time- though the bar for that, at least, was raised to unprecedented levels merely within months of the game’s launch when Batman: Arkham Asylum came out later that same year. It’s a real shame that getting your hands on a copy of X-Men Origins: Wolverine is not too easy these days – Activision’s Marvel license expired in 2014, following which Wolverinealong with a bunch of other games, was taken off-sale both digitally and physically – but it’s a game that’s well worth your time.

All of this is doubly relevant, of course, because there is another Wolverine game that’s now in development that no few people are keenly anticipating. Insomniac Games is currently at work on Marvel’s Wolverineand as an original story and a AAA game (and coming from the makers of the excellent Spiderman games, no less), expectations from it are obviously going to be high- significantly higher than they were for the 2009 Activision title. But while we’re certainly hoping that Marvel’s Wolverine will be a far bigger, better, and more polished game than the property’s previous outings in the video gaming medium, we’re also hoping that it will take a look at the things that X-Men Origins: Wolverine did well and try to take some valuable lessons from that.