The game about the film Evil Dead is out to dethrone asymmetric horror games. Here is when the Evil Dead: The Game Release Date will be.

Evil Dead: The Game is coming out on May 13, 2022on the PC, PS4, PS5, Xbox One, and the Xbox Series X. A Nintendo Switch version is slated for release at a later, unspecified date.

Evil Dead: The Game is a video game based on the 1981 film directed by Sam Raimi of the same name. Almost four decades later, a game based on the film is finally coming out. Thankfully, this game looks like it will be great, not just a generic game with the film’s branding skinning it. Instead, this game looks like it’s out to dethrone games like Dead by Daylight and Friday the 13th at the peak of the asymmetric horror survival genre.

Evil Dead: The Game will let players take on the roles of survivors and demons. There are four different survivor classes with their own unique survival skills: Leaders, Warriors, Hunters, and Supports. Meanwhile, there are three different demons: the Warlord, the Puppeteer, and the Necromancer. Players will have access to a cross-level progression that lets players learn new skills for each of the different classes in the game. The game will feature over 25 weapons, including Ash’s chainsaw and broomstick, as well as iconic Evil Dead locations like the Cabin in the Woods.

Pre-purchasing the game before the release date will grand players access to two Evil Dead: The Game Pre-Order Bonus Items:

Both outfits will be unlocked upon launching the game. If you want to differentiate yourself when the Evil Dead: The Game release date comes around, then get your fashion on and dress to kill. You may pre-order the game on the Epic Games Store, where the game’s PC version is exclusively sold. 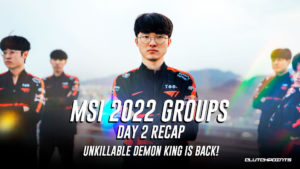