Sony got leaks about its upcoming upgrade of the PlayStation Plus subscription platform, mainly its venture to soon include retro games from the PS1, PS2, PS3, and more. The leaks now focus on the first titles that leaked, all coming to the PlayStation Plus platform under the PS1 console that would be available for the latest devices from Sony. 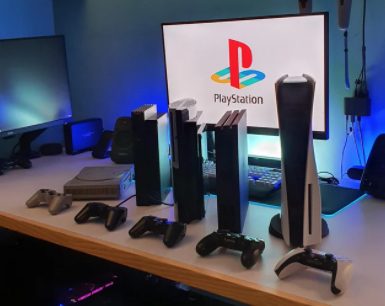 What is new here is the arrival of retro games from the many franchises that made their way to Sony’s console in the past decades.

Comic Book Gaming reports on leaks regarding these new, old titles making their way back to the modern consoles and gaming experience.

PS1 Games and Other Retro Titles Make a Comeback

One leak talks about the “Siphon Filter” and “Siphon Filter 2” getting ratings from The Game Rating and Administration Committee of Korea. The report claims that it will soon feature a “Siphon Filter” collection from its PS1 releases to modern consoles.

While the other leak talked about the arrival of “Tekken 2” and “Mr. Driller” that the PSN backend uploaded to its systems.

For now, there are no confirmations of these games.

Retro Gaming in the Present

Gamers refer to old titles as “retro games,” and these are the titles that brought them great excitement and introduced them to the gaming culture in the past.

These titles are also timeless and still an excellent leisure time experience for all, as they may be pixelated or have low graphics, but their entertainment and plot are worth coming back to even now.

One of the companies that also brought retro gaming available for their platform is the Nintendo Switch online, especially with its N64, NES, and the SEGA Genesis games available. Switch players can enjoy titles from the past, and it includes massive franchises like “Super Mario,” “The Legend of Zelda,” “Pokemon,” “Metroid,” and more.

Now, Sony and PlayStation are looking into this “blast from the past” venture, and it helps the company focus on the titles to make available on the subscription service it will soon bring.

For now, gamers would have to wait on an official announcement on the games coming from the PS1 and other consoles.