Under Disney’s ownership, the Star Wars IP is looking to expand much more aggressively not only with its films and TV shows, but pretty much all entertainment media. Where games are concerned, Lucasfilm Games is taking a very particular approach with the property, one that focuses on high-end AAA big budget productions. That, of course, wasn’t always Star Wars’ ways in video games- not that long ago, this was a franchise that wasn’t afraid of being much more experimental and putting out games of lower budgets and production sizes. 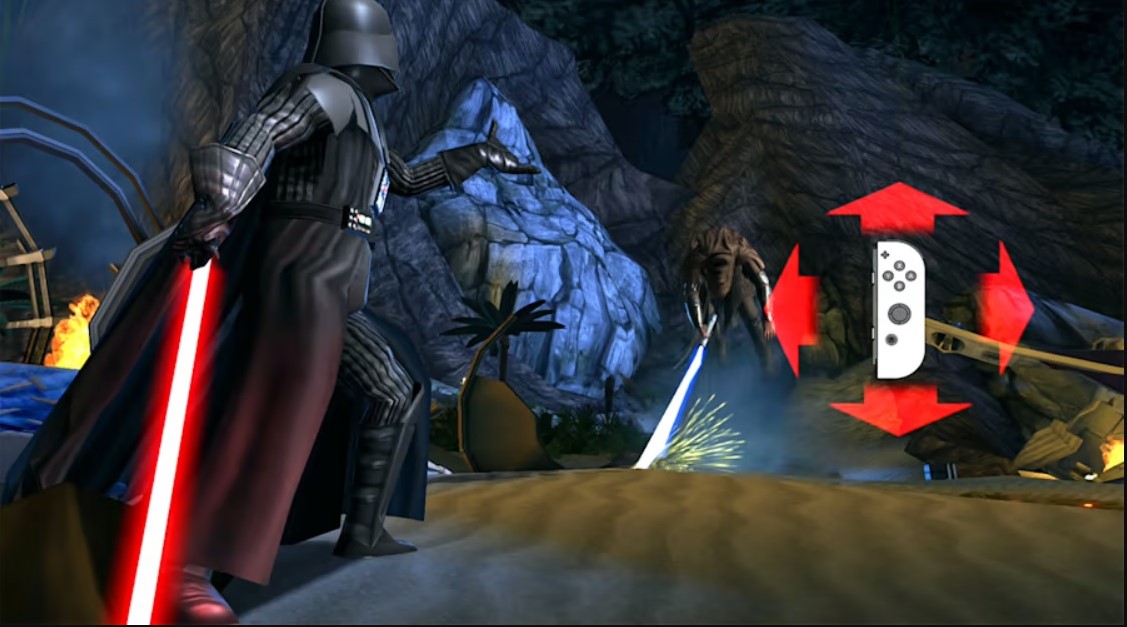 “Curiously, only the Wii version of the game – which was very different from its PS3 and Xbox 360 counterparts – has been ported over, and it’s been ported over to the Switch exclusively. Both those things collectively mean that this feels like a somewhat throttled experience- but at its core, this remains a very enjoyable game.”

Before Star Wars changed ownership, 2008’s The Force Unleashed was one of the last new games in the series that tried something along those lines. LucasArts’ action-adventure title was very much a “B tier” game, in as much as it was a focused, linear experience that wasn’t exactly hyper-polished and wasn’t averse to messing with Star Wars’ lore in some funky ways. Those who played it, however, agreed almost unanimously that it was also a hell of a lot of fun. Putting you in a Sith apprentice’s shoes and asking you to let loose with lightsaber swings, Force lightning, Force chokes, and what have you, The Force Unleashed was a mindless, endlessly enjoyable power fantasy that Star Wars fans just couldn’t resist.

Now, it’s back. ace Star Wars moves into a new direction with its games, Aspyr Media has been keeping the series’ past alive with a number of ports and re-releases of older fan-favorite games in the series, and the latest one to get that treatment is The Force Unleashed. Curiously, only the Wii version of the game – which was very different from its PS3 and Xbox 360 counterparts – has been ported over, and it’s been ported over to the Switch exclusively. Both those things collectively mean that this feels like a somewhat throttled experience- but at its core, this remains a very enjoyable game.

You play as Starkiller, the secret apprentice of Darth Vader, who killed your Jedi father when you were just a child and decided to train you in the ways of the Dark Side. The Force Unleashed’s story has a special place in the hearts of many Star Wars fans, thanks to the bizarre balance it strikes between being true to the series’ larger lore and sticking to its framework, and carving out its own path and doing some truly over-the-top things. The Force Unleashed is full of moments like these, fluttering between fan service and surprising turns at a regular clip. It’s not high art by any means, and the story can fall apart even under the slightest scrutiny, but if you’re looking for entertainment, you will find plenty of it here. Adding choice-based elements to the story and charting your own path for Starkiller adds a neat layer to the experience. 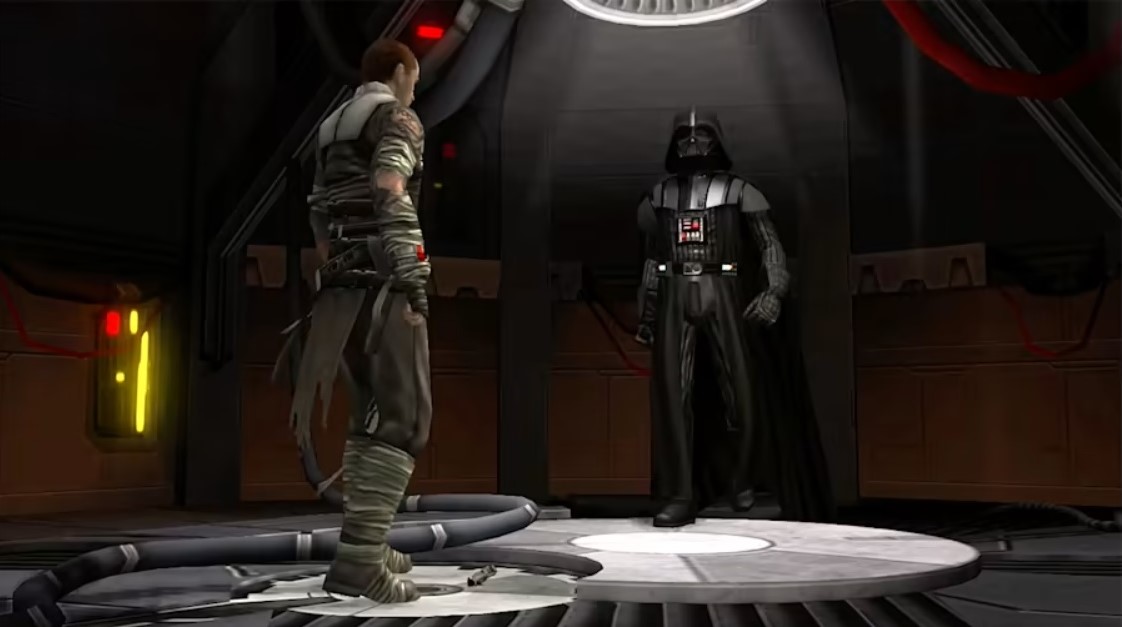 “It’s not high art by any means, and the story can fall apart even under the slightest scrutiny, but if you’re looking for entertainment, you will find plenty of it here.”

Where combat is concerned, The Force Unleashed is very much a product of its time. Coming out at a time when the old god of war games were at the peak of their powers and were influencing what felt like every new action game, The Force Unleashed takes players through linear levels, with the majority of the gameplay focused on hack-and-slash gameplay mixed with using your Force abilities, as well as some light exploration and some very light puzzle solving. It’s as straightforward as it comes, a nostalgic reminder of how simple and fun hack-and-slash action games can be, and on a very fundamental level, it’s hard not to have fun when you’re unleashing absolute chaos on waves of enemies with your lightsaber and your Force powers. The Force Unleashed truly makes you feel like a destructive Sith lord.

It’s far from perfect though. For starters, things can get repetitive quickly and often, the level design feels extremely linear and quickly gets boring, and the game’s quick time events are an absolute nuisance, especially if you’re playing with the motion controls- which brings me to the bigger issue here. The Force Unleashed’s Switch version brings over its Wii counterpart’s motion controls, and while swinging your Joy-Con around like a lightsaber is plenty of fun, it’s often far from accurate. The Switch’s motion controls are, of course, inherently less accurate than the Wii’s thanks to how they work, and that is an issue that affects the game. you do not have to use motion controls, thankfully, so if things ever get too annoying, you can always play with traditional button inputs.

Where visuals and technical aspects are concerned, The Force Unleashed’s Switch version is a disappointingly conservative port. Even in 2008, this version of the game was clearly the inferior one, with the PS3 and Xbox 360 versions very much being billed as the flagship ones. Visually, the Wii version was always lagging behind, and it doesn’t help that on the Switch, it hasn’t seen an awful lot of upgrades. The frame rate is solid enough, but from ugly textures and character models to the occasional audio issue, The Force Unleashed feels like a very superficial and conservative upgrade. 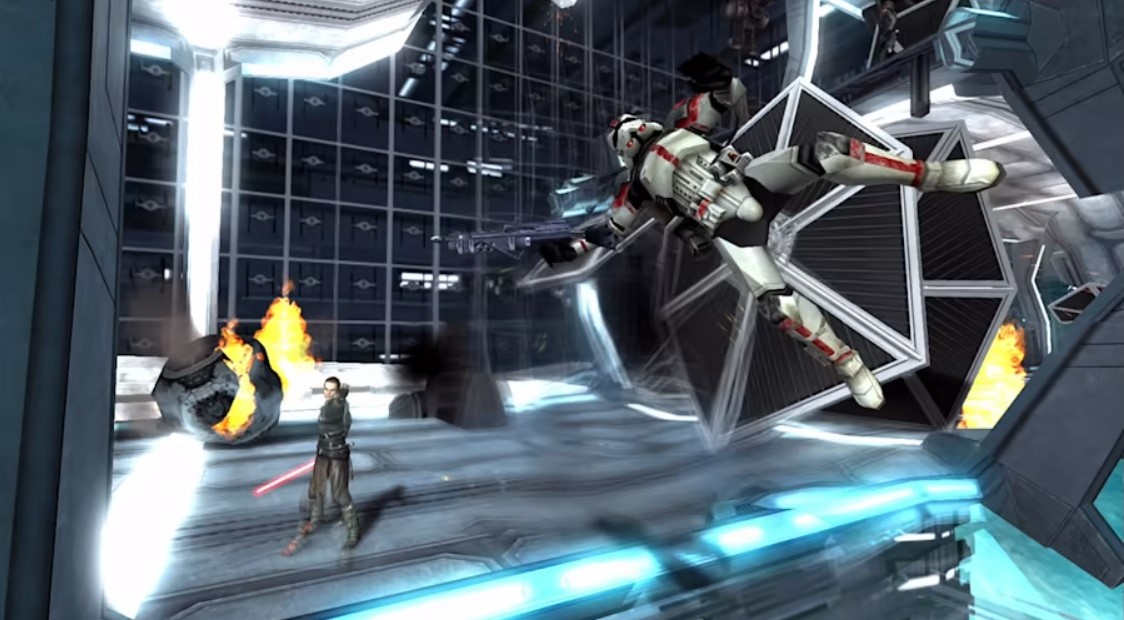 “The frame rate is solid enough, but from ugly textures and character models to the occasional audio issue, The Force Unleashed feels like a very superficial and conservative upgrade.”

Whether or not this is worth a purchase depends on how big of a Star Wars fans you are- or perhaps even how big of a The Force Unleashed fan you are. If you have a hankering for a single player hack-and-slash title where you can rip through enemies as a bulldozing Sith lord, there’s plenty of fun to be had here, and the base experience, combined with its collectibles and the Duel Mode, make the $20 price tag feel pretty reasonable. If, however, you’re looking for a more ambitious upgrade, or if you’re looking for a more fleshed-out game with more thought put into its combat and level design, The Force Unleashed will probably leave you disappointed. Purely on a personal level, it’s a solid if unremarkable port of a game I have a lot of nostalgia for.

This game was reviewed on the Nintendo Switch.