As China resumes issuing gaming license approval, its regulatory control has not loosened on the gaming industry. We comment on recent developments and anticipate future trends. 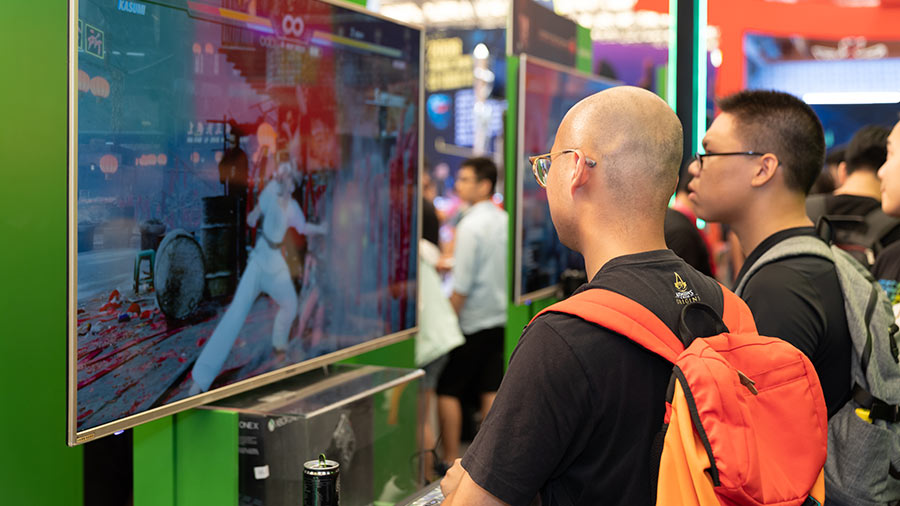 On April 11, 2022, China’s National Press and Publication Administration (NPPA), the body in charge of domestic video game licensing, released a list of 45 newly authorized titles. The sudden approval presented a departure from China’s months-long freeze on gaming licenses. NetEase alone, one of the country’s largest gaming companies, saw a stock rise of more than four percent in early trade on the New York Stock Exchange, despite not owning any of the 45 games approved. Live-streaming companies like Bilibili, Huya, and DouYu also saw similar gains as a direct result of the restrictions being lifted.

The ban imposed last year was an indicator of the government’s discontent with gaming content and the damaging impact of video gaming addiction on young people’s health. Now, after months of headwinds from regulatory tightening in China across the technology sector, the recent approval implies a more positive approach can be expected from officials toward the gaming business.

However, there are just a handful of Chinese companies, including Baidu, XD.com, Lilith Games, and 37Games, behind the creation of the 45 newly-approved games – and they account for less than half of the 87 titles granted last July. This data reflects an undeniable truth: tough times continue to be in store for China’s gaming companies as the government refuses to reverse its regulatory tightening.

China remains the worldwide hub of internet gaming, with a lucrative market catering to over 666 million users. As such, foreign companies must pay attention to how recent Chinese regulations will impact the country’s gaming and technology industries. To gain more clarity on the matter, we present a complete timeline of the regulatory measures deployed so far, which should also be indicative of expected policy trends.

To understand the current situation in the Chinese gaming market, we need to look back at some recent developments.

The 13th National People’s Congress held in March 2018 gave rise to a new regulatory body, the National Press and Publication Administration (NPPA), which became responsible for regulating the gaming industry. NPPA’s first task was to temporarily suspend the country’s approval process for new games entering the market, while working to improve it. The freeze lasted nine months, between April and December of the same year. The Ministry of Education then issued a notice to the NPPA, requesting regulations stronger to limit the amount of time minors could spend playing online games and the implementation of an age-rating system. These combined actions eventually limited the number of new games approved for distribution each month.

The NPPA resumed game approvals in December 2018, clearing the first round of Chinese games within the same month, while foreign ones had to wait until April 2019 for assessment. To put things into perspective, throughout the same month, NPPA approved 999 domestic games and only 30 from overseas. The government clarified the renewed importance of game content, given the widespread “lack of originality, culture, social responsibility, and a misdirection of values”. Further new rules issued included real-name registration for online gaming, a curfew for online gamers under the age of 18, and spending limits.

Around the closing time of the Beijing Winter Olympics, news circulated about a widening crackdown in the gaming industry, leading to a significant decrease in Tencent and Alibaba’s market value. The lack of clarity from Beijing on when fresh video game approvals would resume, fueled even more conjecture about a protracted license block.

Overall, approvals have decreased considerably since 2019, with concessions to foreign companies becoming particularly rare. Domestic firms, such as Tencent and NetEase, have also been called upon by regulatory authorities to discuss their ‘profit-making activities.’

Notwithstanding the recent resumption of approval, the government’s tight control and arbitrary ban could result in market instability and job losses for Chinese gaming companies. According to the Red Star Capital Bureau, companies like NetEase, Baidu, Lilith, IGG, and Perfect World have all been forced to cut some initiatives. Restrictions make life even more unsustainable for smaller entities. According to recent reports, over 14,000 small studios and gaming-related businesses closed doors in 2021.

Foreign businesses having a hard time in China’s gaming market

According to industry observers, although China has summarized the approval of gaming licenses, the country’s rigorous regulatory environment and content filtering mechanism make it difficult for the world’s largest gaming market to be the most welcoming to international creators.

Although the NPPA reopened approvals for domestic games this month, it is still closed to foreign firms. Before the ban, the NPPA cleared 76 imported games in 2021. Even so, this was a lower number than the 97 approved in 2020.

While some big international studios are still hoping for a breakthrough in China, others have given up. South Korea’s largest video game company and creator of ‘Dungeon & Fighter’, Nexon, for example, has postponed the release of the game’s mobile edition in China after some content failed to meet Chinese government rules. The company continues to work on the mobile game alongside Chinese local distributor and tech giant Tencent Holdings, yet no one knows when or if it will be approved.

By aiming to expand internationally, Chinese companies may be able to alleviate some of the mounting pressures of local laws. The trend has been rising proportionally to the tightening of domestic regulations, especially since the number of licenses awarded in China was already on the decline before the latest halt.

In 2017, Chinese officials approved 9,369 titles, compared to barely over 2,000 in 2018 and just 755 in 2021. The pattern suggests that authorities will award fewer licenses each year, implying that the number of games that may be produced in mainland China is likely to decrease.

According to AppsFlyer, an Israeli mobile marketing analytics company, Chinese game advertisers are eager to enter the Japanese market, which is mature and composed of high-value users. For example, NetEase’s adventure game ‘Knives Out’ generated 97 percent of its sales last year from Japan alone, by incorporating localized design and promotional events on Japanese online video sites.

Even though 13.2 percent of Chinese minors average more than two hours daily playing video games, the CCP continues to be concerned about loopholes in administering the market. According to Xu Jin, delegate of the CPPCC, “Many children are purchasing gaming accounts or the personal information of adults online to get around the playtime limitations.” The purpose of China’s regulations is to foster a social prioritization of moral norms and extend such control to the younger and most impressionable generations. Those who move with the flow and grasp the prudent restrictions will be able to weather the storm.

Investors who respond to these policies will gain in the long run, despite the short-term unfavorable conditions. Over the last decade, China’s gaming sector saw a more than six-fold increase, passing the RMB 296 billion mark in 2021. Such solid data demonstrate that China’s gaming business has continued to grow – despite the pandemic and tech crackdown. And, like most industries, the gaming industry will be affected by the conditions influencing the participation of foreign investors and competitors in the market.

A good practice is to keep an eye on the Chinese government’s activities and stay informed about the latest regulations. In this way, investors can plan ahead, irrespective of whether more favorable or unfavorable conditions emerge that impact the business scope and access of foreign companies.

China Briefing is written and produced by Dezan Shira & Associates. The practice assists foreign investors into China and has done so since 1992 through offices in Beijing, Tianjin, Dalian, Qingdao, Shanghai, Hangzhou, Ningbo, Suzhou, Guangzhou, Dongguan, Zhongshan, Shenzhen, and Hong Kong. Please contact the firm for assistance in China at china@dezshira.com. Dezan Shira & Associates has offices in Vietnam, Indonesia, Singapore, United States, Germany, Italy, India, and Russia, in addition to our trade research facilities along the Belt & Road Initiative. We also have partner firms assisting foreign investors in The Philippines, Malaysia, Thailand, and Bangladesh.