To paraphrase leg-jiggling Red Bull boss and artisan of the victim complex Christian Horner: this is silly, Codemasters. Come on.

There are innovations in this latest GRID game worth celebrating. Most notable is its Netflix-inspired storyline, told in live-action vignettes, and an episodic career mode structure that feels like something we haven’t already played elsewhere in racing games a hundred times already. It’s clearly a game made by hundreds of talented, passionate and hardworking creators with a love for and deep knowledge of motorsport, as is always the case at the renowned British racing studio. But it’s been made with a fundamental misunderstanding about what we want from racing games in 2022 – in the name of being welcoming and accessible, it’s rendered itself so lightweight that one of Kimi Raikkonen’s bwoahs could blow it clean away.

You feel the problem right away, the first time you throw a car into a corner, and every subsequent corner thereafter. Every vehicle in its huge roster of licensed road cars, tuners, 4X4s, electrics, open-wheelers, and more, every damn one of them, feels like it’s been shot with an automotive tranquilizer dart. You can turn the ABS, traction control, and stability all the way down to zero, but there’s still a huge amount of all three – particularly the latter two – acting on the driving behavior no matter what you do. Emerge from a low-speed corner in the wet inside a GT car, floor it, and you’ll be absolutely fine.

Not only does that steal away the more satisfying moments of actually driving a car fast, like playing around with weight distribution during a corner and allowing a small loss of rear traction to whip your vehicle round the apex faster, and not only does it make the whole handling experience feels artificial, it makes cars quite unpredictable too. Turn-in response is wildly non-linear, and not in a way that feels like ‘I’m waiting for my front suspension to take the load and for the tires to find the grip so I can turn in to the apex’ but instead ‘I’m waiting for the game to relinquish its stability control so that my steering input registers intensely enough’. 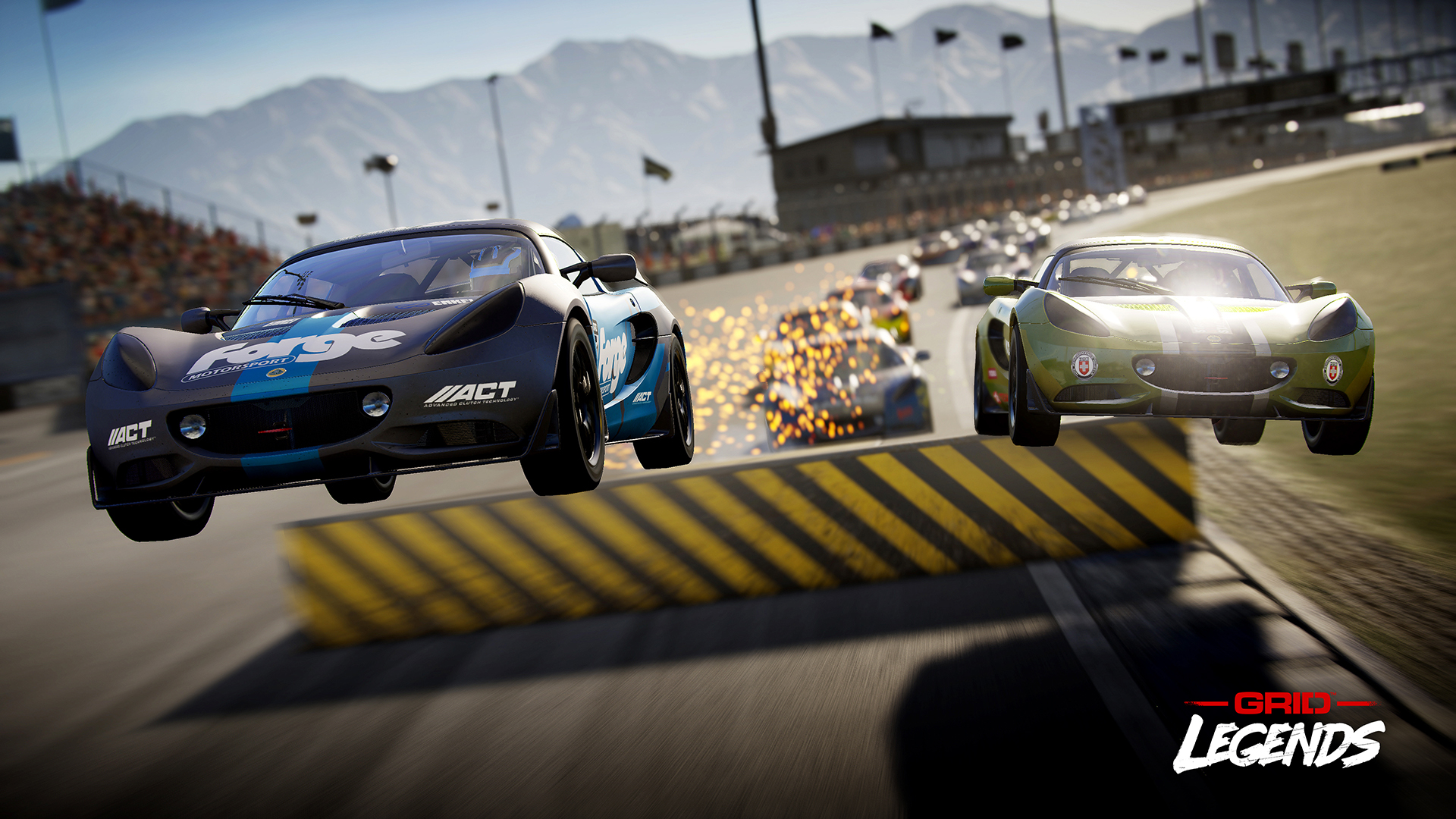 Conversely, it’s doggedly stubborn about losing the back end while steering under braking, and no amount of counter-steering can seem to save it once the handling model’s decided you’re skidding left. Again, this feels like a problem with the assist systems you’re wrestling with, not the car itself.

As a result, it feels like we’ve gone back to a time before even the first GRID on PS3. The series has always hit a sweet balance between challenging and manageable handling, through several hardware generations and countless games, but here it’s been neutered. I’m resolutely convinced this isn’t due to a lack of ability or expertise from the developer, but a mistaken idea that most gamers prefer this to more demanding physics models.

And it’s all the more baffling in the wake of Project CARS 3terminal of Codemasters’ acquisition of erstwhile series developer Slightly Mad Studios. Project CARS had built its name on simulation, and found a large audience across two critically acclaimed games that measured tire wear and brake temps, challenged you to motto pit stop strategies, and always felt dangerous and thrilling to control at high speed, such was their sense of weight and velocity. Project CARS 3 did away with all of those series identifiers, and paid the price to the tune of an average Metascore across all platforms of 69 and initial sales around 88% less than Project CARS 2. Under Codemasters’ stewardship, Project CARS had been repositioned as GRID. 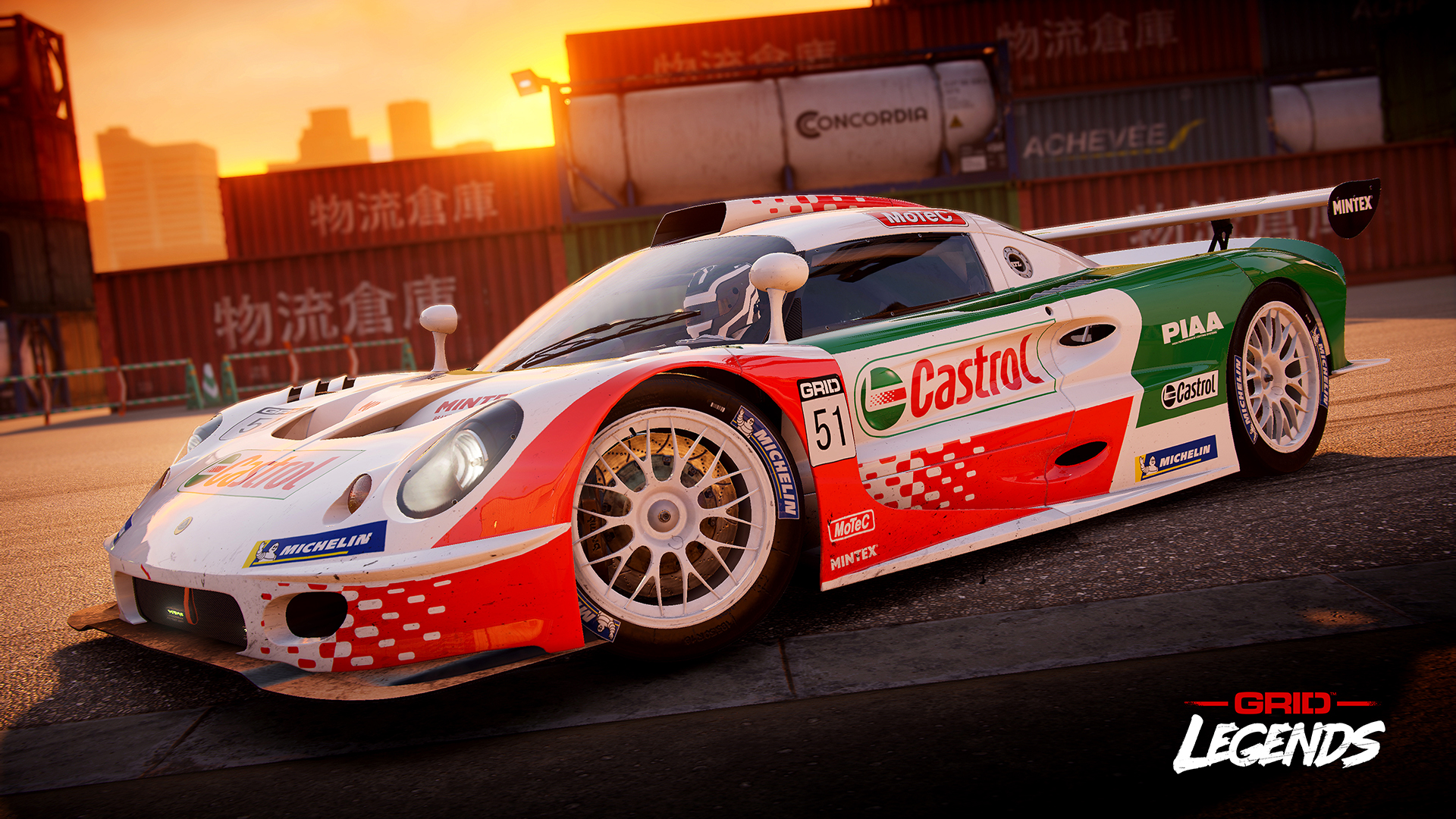 Now, a couple of years later, comes a new GRID game with all the same audience-chasing pitfalls. The two licenses are pitched so closely together now that I really can’t tell why they both exist. Are those live-action cutscenes really enough to discern one arcade EGO Engine racer from another?

Truthfully, they’re not. But there’s definitely something in them, and without them GRID Legends would be in much deeper trouble. Telling a necessarily predictable but endearing story about a rookie driver known only as ‘Number 22’ whose talent turns around the fortunes of Marcus Ado’s struggling Seneca racing outfit, its 36 chapters are full of good performances from a cast who’ve clearly seen F1: Drive to Survive and know exactly how authentically awkward they need to be in order to sell the Netflix doc schtick.

I have only one small bugbear on a narrative level, and that’s with perennial series antagonist Nathan McKane. He’s a worthy foil, enjoyable to race against and watch alike, but in light of the game’s Drive to Survive inspiration it would have been nice to see a more modern take on a motorsport villain. Someone less cartoonishly evil, but who nevertheless exudes arrogance, entitlement and an apparent contempt for old-fashioned sporting conduct. We need only look to modern F1 for inspiration. 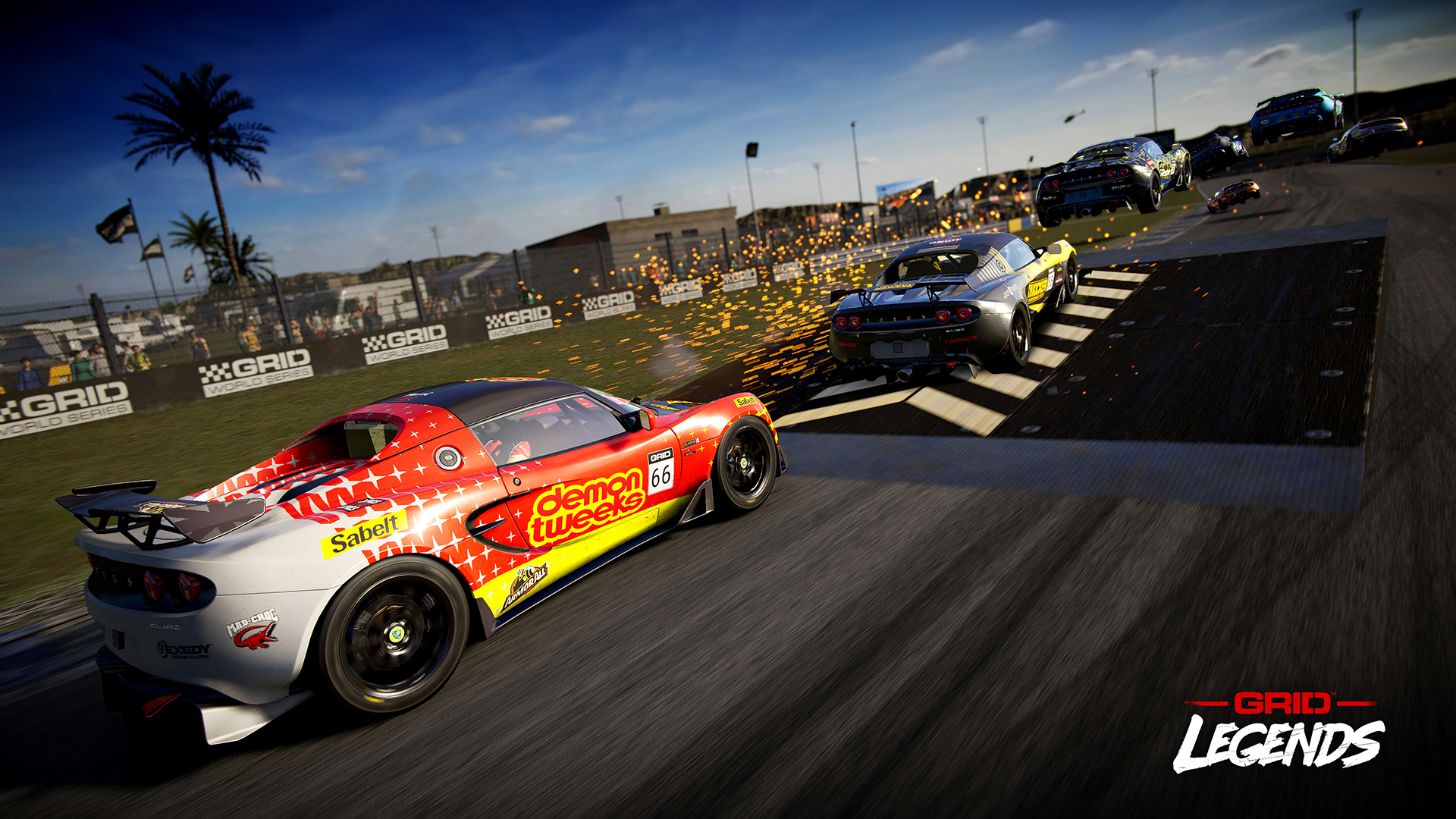 Once that story’s over and done with, about three hours of content in total, you’re nudged on to career mode. This was originally GRID‘s big draw, a unique combination of managing a team, designing its car liveries and arranging the sponsors on your bumpers, and then taking to the track and racing as well in a player-manager role, doling out orders to your team-mate as you went.

Those key tenets are still here, as they have been on and off during the past few GRID games, but truthfully they feel a bit tucked away and present only to appease longtime fans. Despite its story mode focusing on the triumphs and pitfalls of team ownership, as soon as you’re in the big seat it’s reduced to a few menus.

Instead of working through seasons, each culminating in an epic 24 hours of Le Mans race as in the original, here career mode is structured in that over-familiar ‘wall of events’ format. Complete races, earn currency, buy more cars to complete races in different categories. Rinse. Repeat. There is a lot of location and event type variation here though, including a heart-pumping elimination mode that knocks the last placed driver out like track cycling events. Instead of eliminating drivers at the end of each lap though, it’s timer-based. I made some desperate lunges in the dying seconds of a round and scraped though, and in those moments GRID Legends and I were close to becoming friends. 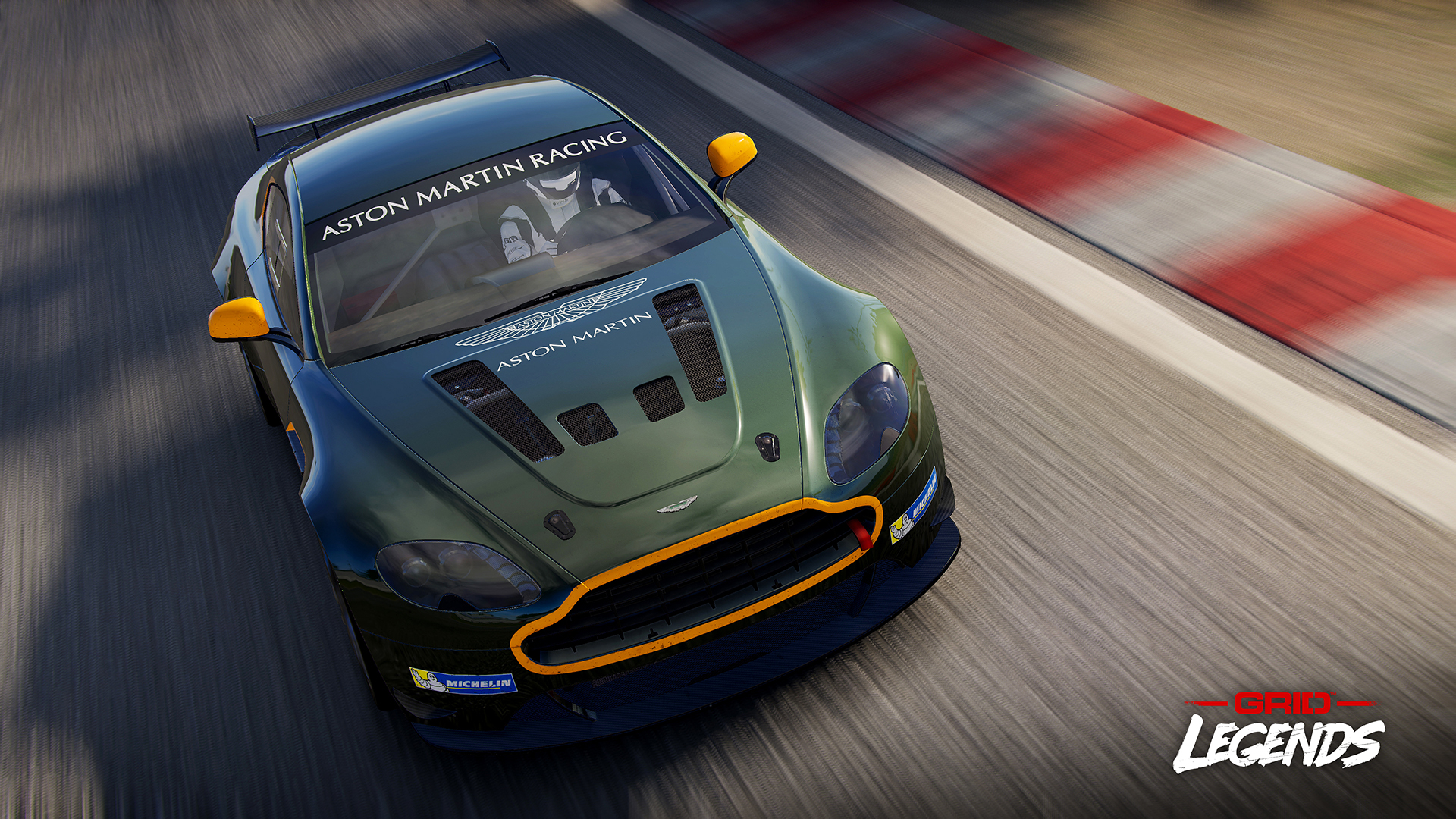 Time attack events offer similar thrills – you’re essentially just hotlapping, with the catch that you’re also sharing the track with everyone else as they’re trying to do the same. You can just hold back, let the pack go and send it in clear air for an easy route to victory, but it’s more fun to engage with the spirit of the event and see who can put a clean lap together in the mix.

In amidst these carnage-strewn vehicular melees, some other longtime series strengths come to the fore: spectacular damage depiction, the flashback function that lets you rewind time by a short amount, and which I miss in every single other racing game, and a nemesis system whereby hitting an AI driver sends them absolutely apoplectic with anger and prompts them to brake-test you and ram you into the barriers at every opportunity, for several races to come. After about 20 story mode events, half the grid was out to kill me.

The AI ​​is characteristically strong too, although there’s too much artifice in its mistakes. I’ve had somebody spin out in front of me literally every race I’ve competed in GRID Legends. I’m not exaggerating for effect. 100% of the time, somebody will lose a tire, spin out under braking or fall foul of some other mechanical malfunction during a race. Putting that bit of pantomime aside, cars have an admirable way of squeezing you wide, defending their lines and coming back at you out of corners, in a way that most other AI drivers in video games never bother to do. That goes a long way towards keeping you interested in each event. 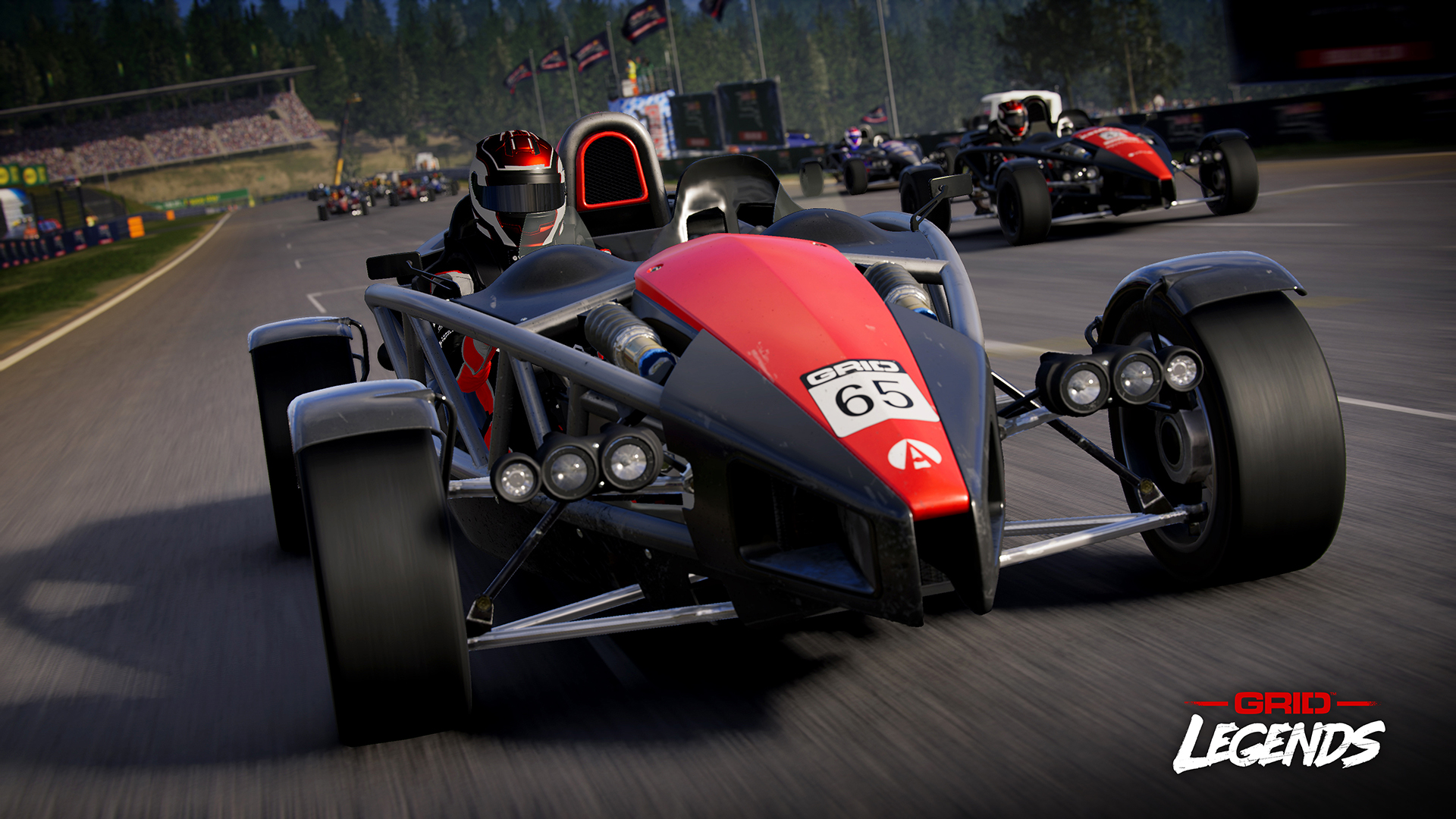 There’s also some multiplayer racing thrown in, offering either quick races or custom events whose cars, tracks, weather conditions and rules you can set manually and add to playlists. It’s functional and seems to compensate for both latency and trolls pretty well.

But it’s not enough. Without a satisfying handling model at the heart of it, GRID Legends feels rudderless. It’s not satisfying enough to offer a Need For Speed-like kick, nor is it anything like deep enough to get a sim racer involved. We can’t expect every racing studio to compete with Microsoft’s imperious Forza Horizon and Motorsport titles, who stand apart for visual fidelity and production values ​​thanks to the sheer money invested in them. But from the rest of the pack, the scrappers in the midfield, we do expect good ideas, a clear vision, and a satisfying drive. Good ideas it has, but one out of three doesn’t get this one over the line.

Written by Phil Iwaniuk on behalf of GLHF.

10 racing games to play if you like ‘Forza Horizon 5’ 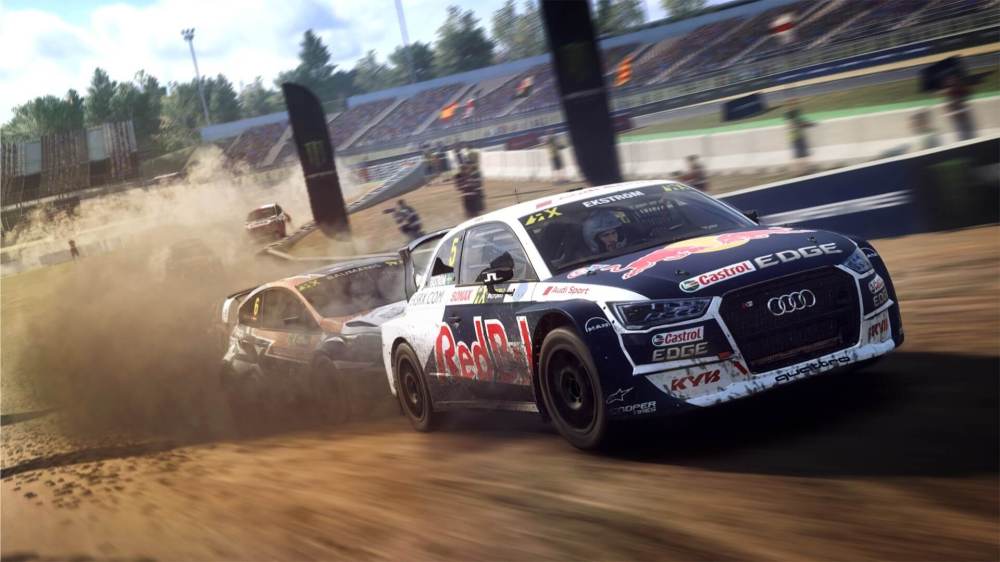