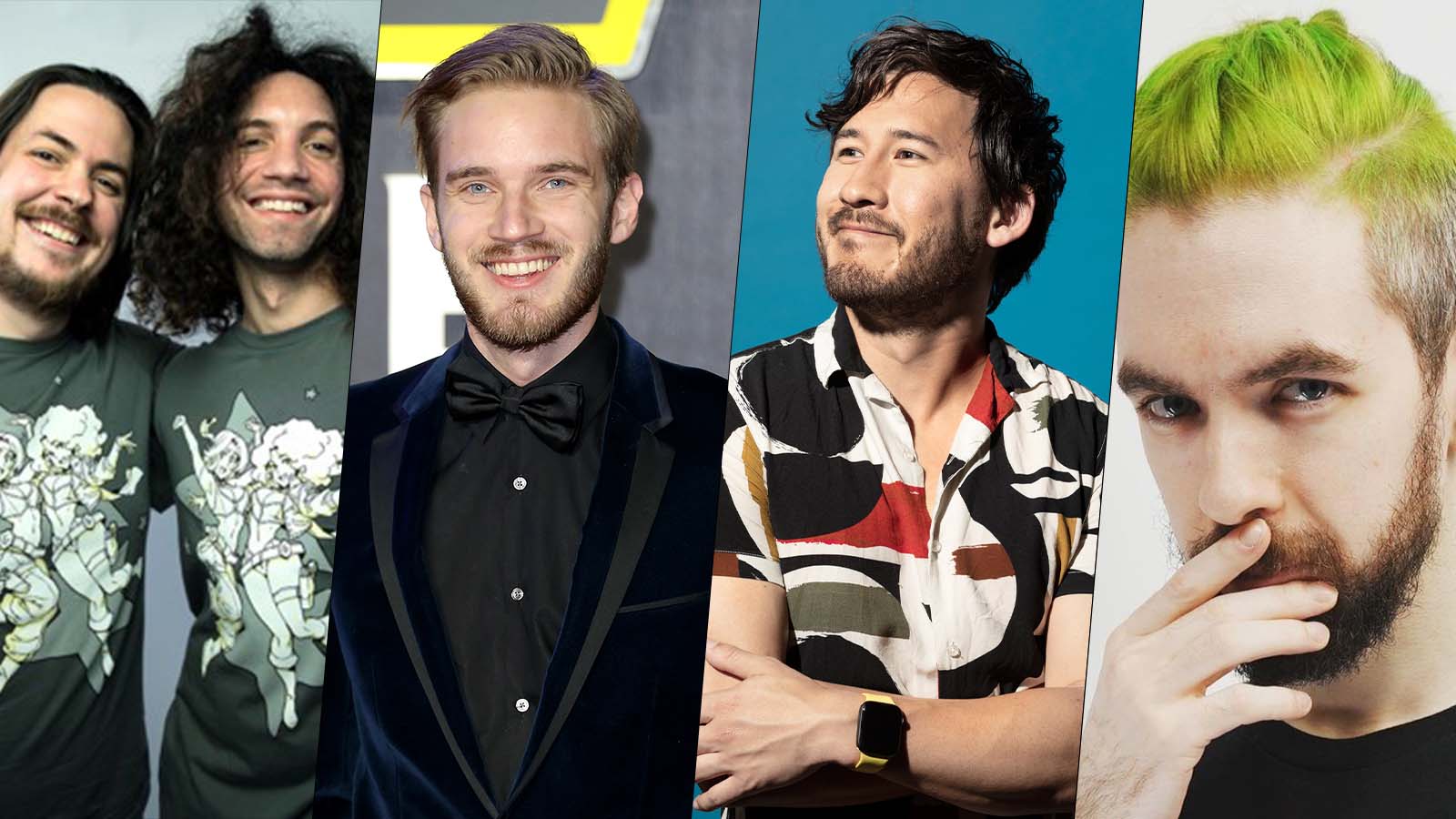 For nearly two decades now, Youtube has been the go-to hub for all things entertainment, from movie trailers and compilations to short videos and walkthroughs. Born in 2005, it’s the video-sharing platform for just about every topic under the sun, and it’s clearly not going anywhere anytime soon. One of the most common forms of content is the “Let’s Play,” otherwise known as a video that documents the playthrough of a video game, usually including commentary from the uploader. Besides Let’s Plays, YouTube gamers post cooperative matches, both local and online, and also stream with other YouTubers.

Over the years, the rankings for the best YouTube gaming channels have fluctuated. Many YouTubers are famous for different games, typically the ones that made their channels popular. Sometimes these YouTubers stick to the games that kickstarted their careers, whereas others choose to branch out and play the latest releases to keep their content relevant.

Regardless, gamers have continued to flock to YouTube and continue the trend, uploading unique and personalized videos for their viewers to enjoy. Here’s our ranking of today’s best YouTuber gaming channels.

Currently, SSundee has more than 20 million subscribers. On Sept. 14, 2010, SSundee uploaded what is considered to be his first-ever Minecraft YouTube video, titled “Minecraft Cave Adventure (1of 3),” and Minecraft is the Let’s Play series that SSundee would later become known for. SSundee has recently uploaded videos streaming the online multiplayer game Among Us to follow the latest craze that seems to be sweeping across YouTube.

Jordan Maron, better known as CaptainSparklez, rose to prominence with Minecraft gameplay videos and musical parody videos. As previously mentioned, CaptainSparklez is best known for his parodies, including “TNT,” “Revenge,” “Fallen Kingdom,” and Take Back the Night,” which he collaborates on with fellow YouTuber TryHardNinja, who provides the vocal performances.

Jordan joined YouTube in 2017 and boasts over 11 million subscribers. Aside from CaptainSparkles, Jordan has a solely game-based YouTube channel called Jordan Games, where he uploads a larger variety of videos such as Roblox and Fortnite.

Additionally, Delirious is known for his contagious and psychotically “Delirious” laughter (hence the channel name) and has over 13 million subscribers. At the moment, Delirious is uploading daily videos for Behavior Interactive’s Dead by Daylight in anticipation of the new chapter releasing worldwide on March 8.

Formerly known as TheDiamondMinecart, DanTDM is known for his Minecraft gaming series, as well as other video games including Roblox, Fortnite, Among Us, sonicand Pokemon. From the UK, Dan is one of the most subscribed and viewed YouTubers with over 26 million subscribers and 18.5 billion video views. On July 14, 2012, Dan created TheDiamondMinecart, a gaming channel whose audience consists of mostly children aged 6-14 and to which Dan can credit his rising stardom.

Moreover, DanTDM is famous for his daily reviews and Let’s Play series’ including The Diamond Dimensions, a modpack put together by Dan himself as well as Minecraft Xbox One, where he attempted to build a giant kingdom in Survival mode.

The GameGrumps was founded by Jonathan Jafari and Arin Hanson, but Jafari was replaced by Leigh Avidan, who has been a full-time member since 2013. The primarily channel produces Let’s Play videos and now harbors multiple segments, including Game Grumps, Game Grumps VS , Steam Train, Steam Rolled, and Grumpcade. The original GameGrumps channel has over five million subscribers and has recently focused more on anime-themed video games like Danganronpa 2 and Kuukiyomi.

Evan Fong, better known online as VanossGaming, is often compared to Pewdiepie, with whom he shares a similar gaming style. He joined YouTube in 2011 and proudly entertains over 25 million subscribers. He reached his peak in 2014, when he gained 6.6 million subscribers.

Vanoss is an all-for-one and one-for-all gamer whose content mainly includes funny montages of himself and others playing various games. Many subscribers resonate with Vanoss’ aura of simply enjoying video games with friends and having a good time. Vanoss has the most highly acclaimed editing of any other YouTube channel.

theRadBrad joined YouTube in 2006 almost 20 years ago. He often plays the latest and most popular video games and uploads his content consistently. Sometimes, Brad reacts to trailers and gameplay footage or uploads reviews. He has a calm and uniquely relaxing style of commentary that stands out from the louder and more flamboyant YouTubers. However, his chilled disposition only serves to make it all the more entertaining when he does suffer distress or panic from an intense gameplay. As of 2022, theRadBrad has over 13 million subscribers.

One of the most instantly recognizable YouTubers of all time, Jacksepticeye, identifiable by his Irish accent and loud-mouthed commentary, is a gamer, vlogger and founder of the clothes company CLOAK along with Markiplier. He became popular due to his energetic personality, gentle nature, and (previously) signature green hair.

His YouTube channel is the most subscribed channel in Ireland after starting up in 2012. After 10 years, Jack has accumulated over 28 million subscribers. He often uploads videos based on trending games and often streams in the common Let’s Play walkthrough style.

Some of his most popular Let’s Plays include Outlast, resident Evil and several indie horror games. Furthermore, Markiplier gained substantial followers and appraisal for his self-made interactive series “A Heist with Markiplier” and “A Date with Markiplier.” Mark has accumulated more than 17 billion channel views and 32 million subscribers.

It may have been expected, but PewDiePie tops the list. Felix Arvid Ulf Kjellberg, known online as PewDiePie, was originally known for his horror playthroughs (such as Amnesia). Nowadays, however, he leans more toward freestyle/skit humor, vlogs, and satirical commentary.

Felix joined YouTube in 2010 and has since become the fourth most-subscribed YouTube channel with 110 million subscribers. As of 2022, PewDiePie uploads a mixed match of content, ranging from video games, day-in-the-life vlogs, and videos featuring other YouTubers such as Jacksepticeye and Markiplier, who are good friends of his.