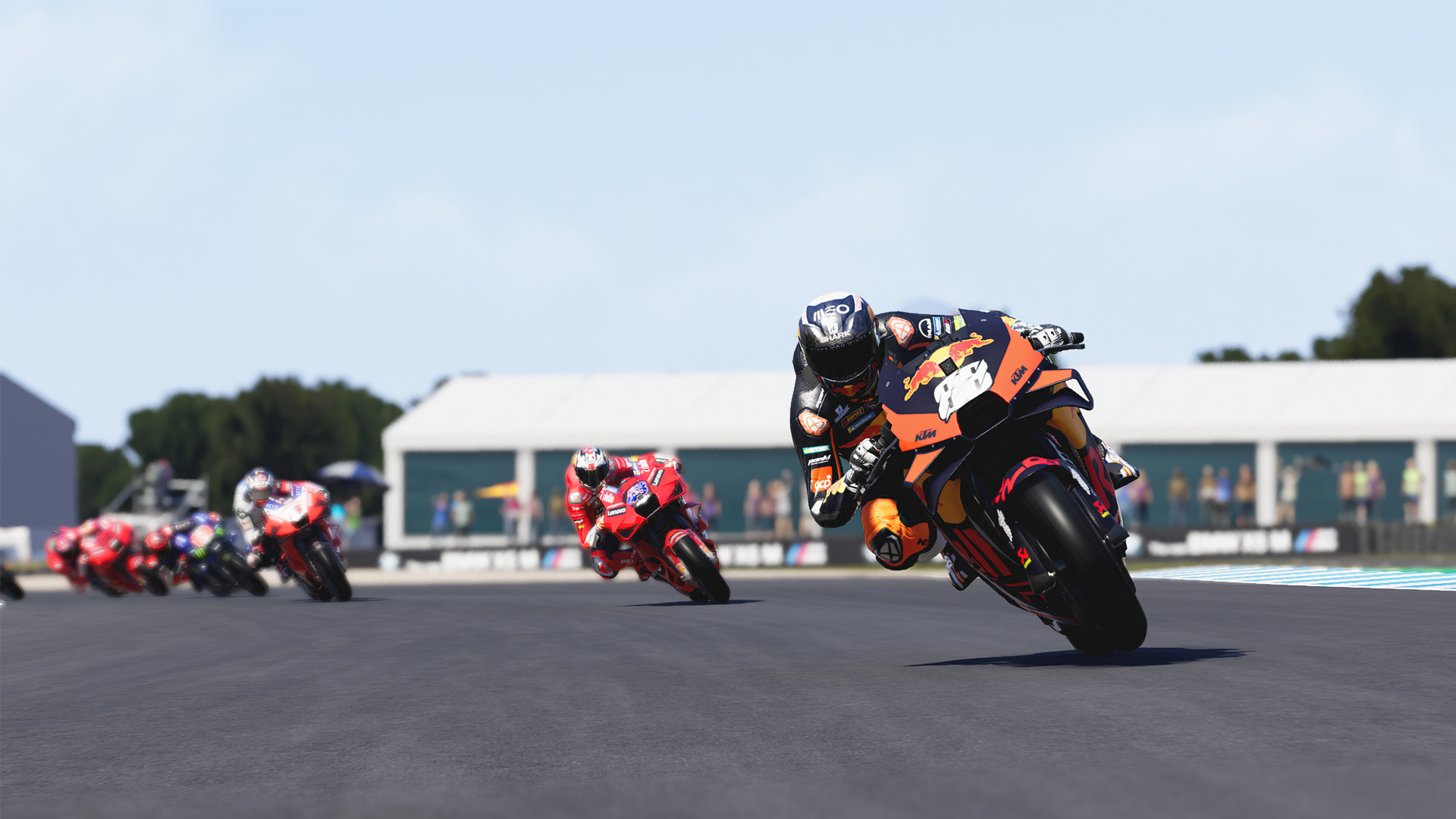 A new official MotoGP video game is coming from Milestone, with MotoGP 22 announced for PC, PlayStation, Xbox and Switch.

It’s that time of the year again when the brand new officially endorsed MotoGP game is revealed, with MotoGP 22 heading for an April 2022 release date.

Available for PC, PlayStation, Xbox and Switch, the latest game of the FIM MotoGP World Championship will include all the riders, teams, sponsors and circuits of the upcoming 2022 season.

The video footage is the 2022 game with the 2021 liveries, with these expected to be updated ahead of the game’s release.

Absent since MotoGP 17, offline split-screen multiplayer will return to the MotoGP games with this latest release.

Of note, this is also a new feature of the upcoming Monster Energy Supercross 5, a motocross game by the same developers, Milestone.

This feature, alongside online multiplayer, will be missing on the Nintendo Switch release.

Interestingly, instead of a series of historic challenges across all of motorcycle Grand Prix history, such as in MotoGP 20, MotoGP 22 will have a retrospective mode focused specifically on the 2009 season.

Entitled ‘(NINE) Season 2009’, the mode will mix gameplay scenarios with over 50-minutes of real-world archive footage from that year, voiced by MotoGP documentarian Mark Neale.

As it stands, several of the tracks from the 2021 and 2022 seasons were on the 2009 calendar, but Indianapolis and Estoril were absent from recent games. Whether these are included is yet to be confirmed.

A ‘classic’ mode was completely absent in MotoGP 21, but there was a suite of older riders and motorcycles to use for single-player races, esports and online multiplayer.

One of the key additions in last year’s title was a Tutorial – however, it was very basic. Now there will be further gameplay sessions in the Tutorial, plus a new MotoGP Academy with electronics, tire wear, and brake temperature challenges.

The ‘Adaptive Difficulty System’ is said to pop-up game difficulty changes as you ride based on your performance.

Brake temperature monitoring has been something Milestone has been steadily improving on each new iteration. This is now said to be affected by slipstreaming, alongside tire temperature too.

A recent MotoGP trend has been the use of Ride Height Devices to lower the bikes, helping them to launch more effectively and be quicker down the straights. In the upcoming game, the amount of compression can now be manually altered mid-race.

For this year, track surface detail is said to be more noticeable alongside new face animations, improved 3D characters and pitlane representations.

It wouldn’t be a new MotoGP game without the Managerial Carrer mode, which returns – although details over any specific changes or improvements are scarce. Likewise, if the bike retrieval system has been revised.

As expected, over 120 official contemporary riders, 70+ historic riders and 20 official circuits are represented. In previous years, the MotoE and the Red Bull Rookies Cup have been added post-launch.