About the Best PS4 Games For Kids

When most people talk about PlayStation 4, what they think of is the (brilliant) selection of games aimed at a larger audience. What does lag behind a bit, though, is the console’s broad category of kids’ games. There are just as many games for teens as there are for adults, and many of them are fun no matter what age. Whether it’s easy-to-play games for kids or titles that let kids and parents play together, the PS4 is an untapped treasure trove for the whole family.

Most of the games on this list are platformers, as “Mascot Platformer” has been a kid favorite ever since Super Mario made his way into the Mushroom Kingdom. But if your child opts for racing games, interactive sandboxes, or open-world adventures, we’ve got you covered too.

Check out the list of the best PS4 games for kids 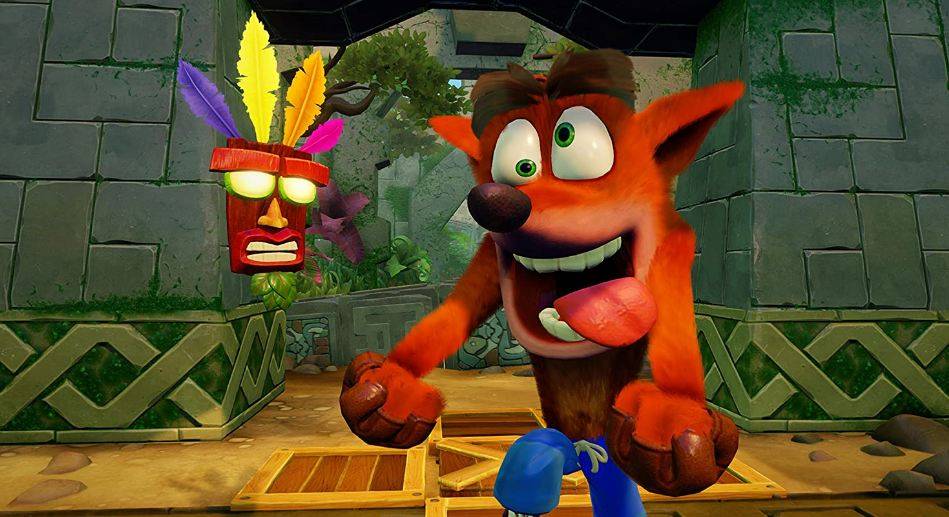 As someone who played the first three Crash Bandicoot games over and over again, Crash Bandicoot N. Sane Trilogy delivers exactly what I wanted. The platformer, for better and sometimes worse, retains the exacting, demanding challenge of the originals clad in a polished, modern sheen that makes even the most familiar levels feel fresh.

And just as Naughty Dog’s original trilogy had me hooked years ago, the new versions of Vicarious Visions have me itching to collect every crystal, gem, and relic once again. That’s due in no small part to the impeccable technical work Vicarious Visions has done to maintain the tough yet rewarding platforming of Naughty Dog’s original trilogy, while drastically updating everything around that foundation. 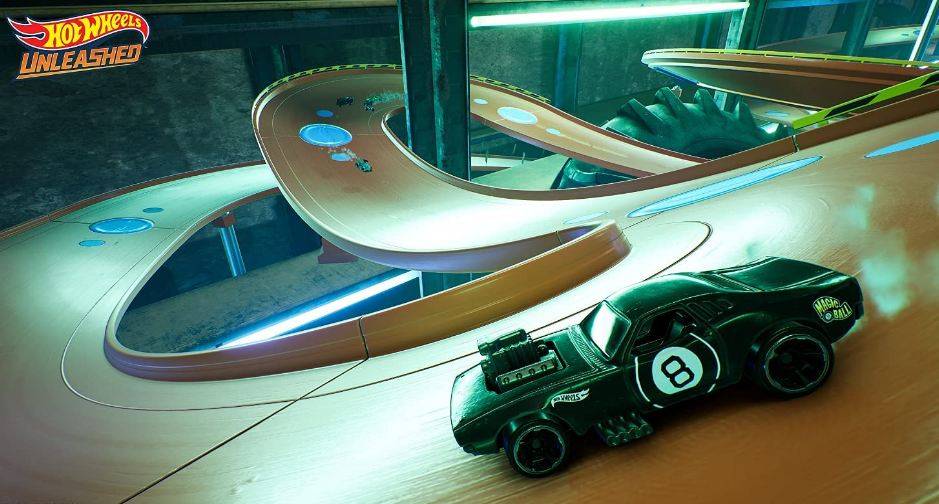 You could be forgiven if you were ready to dismiss Hot Wheels Unleashed as yet another brazen licensed release vying for the attention of younger gamers, but that would be a mistake. While the game is undoubtedly fun to share with the family, this racing game is more than meets the eye. With rewarding speed, clever track design, and a plethora of customization options, these diminutive cars pack a punch and provide many hours of racing excitement across singleplayer, multiplayer, and creation tools.

Developer Milestone recognizes the nostalgia many have for Hot Wheels and cleverly taps into that fondness. Unleashed doesn’t try to translate the cars into a full-size real world environment. Instead, you race along kitchen counters, basement floors, and college classroom chairs, driving self-driving toy vehicles through wacky loops and blazing straightaways. 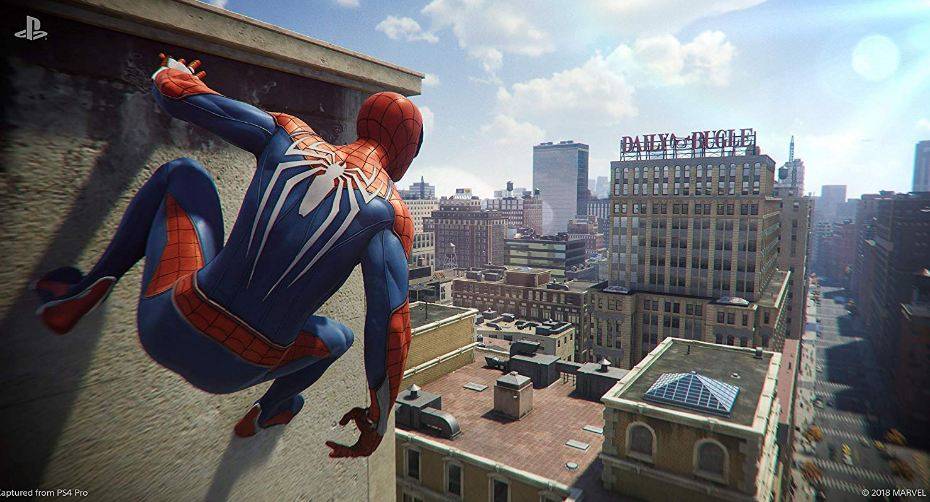 After playing Marvel’s Spider-Man: Miles Morales on PlayStation 5, it would have been very difficult to go back to the PS4 version of the best superhero game. Thankfully, Insomniac has adapted Peter Parker’s adventure with all the exceptional technology it developed for Miles, including improved lighting and frame rates, ray-traced reflections, blazing-fast load times, and DualSense haptic feedback.

In my original review of Marvel’s Spider-Man, I called it Great, noting its impressive run through New York City, its excellent Peter Parker story, and battles with familiar villains. I complained a bit that some suit powers were much better than others and the repetitive optional missions were a drag, but overall it’s one of the best superhero games ever made. 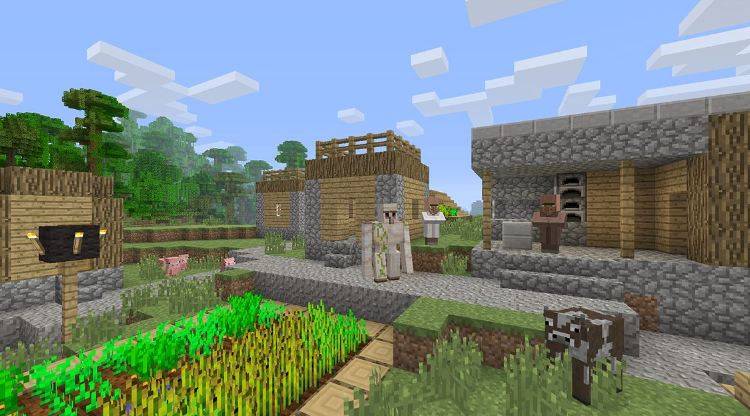 Do you have an electronic device? You can probably run Minecraft. The game is currently available for $26.95 on PC, which I’ll review here. Minecraft looks great on a high-end gaming PC, but the rest of us surely appreciate how well it runs on even a standard desktop. You can even play games on a Raspberry Pi, if you’re into that sort of thing. Each version of the game is slightly different, although the fundamentals are universal.

The underlying rule of Minecraft is that you have to work for everything. Even figuring out the specific crafting recipes or how to turn raw pork into a cooked pork chop will take multiple steps and multiple resources. You can try to figure them out on your own, but the Minecraft Wiki is an invaluable resource that will connect you to everything there is to do in the game along with the huge and active community of players. 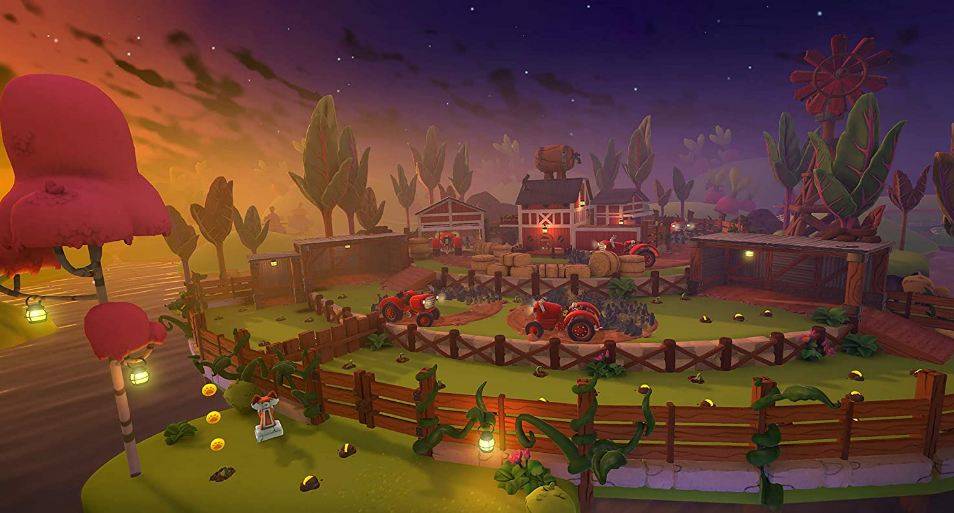 New Super Lucky’s Tale is not a complete sequel to the Super Lucky’s Tale that came out. It’s not even some sort of sequel; is a remake of a game that came out less than three years ago. I’m not sure if Lucky has the scope or pedigree to set a dangerous precedent with reworking games on the same generation of consoles, but it’s still cause for concern.

That said, the work that has gone into this new version has made a huge difference. This version is the complete package, unlike the original which had additional DLC worlds to explore. These also change the running order in which you encounter the different worlds: for example, Gilly Island was originally released as DLC, but in this version it’s the fourth island you visit out of six. 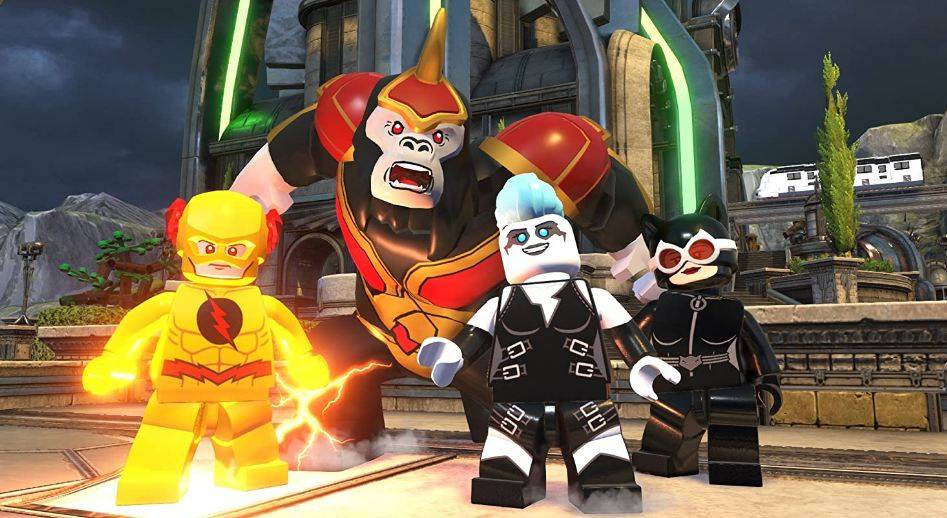 In LEGO DC Super-Villains, the Justice League has officially disappeared. A mysterious group of Justice League-style villains appear and call themselves the Justice Syndicate, but in reality, they are the reason for the Justice League’s demise and are only here to help Darkseid in his quest. evil plans of destruction.

Similar to the plot of the Suicide Squad movie, LEGO DC Super-Villains is all about teamwork in the face of disagreement and adversity, but this time it really works better. Eschew the somber tone for something full of whimsical humor and hilarious banter to drive the story forward.

Ratchet & Clank opens with an extended intro reuniting the eponymous duo. Ratchet is a Lombax, a strange upright-walking feline creature who works as a mechanic on a backwater planet and dreams of exploring the galaxy. Clank is a flawed robot accidentally created in a factory meant to pump out killer war robots.

When Clank crash-lands on Ratchet’s planet, the two team up to warn the galaxy of the imminent threat of war robots and the noisy bad guys behind them. That quest will take the two of them on a journey to a dozen different planets, where they will spend most of their time running, jumping, and destroying enemies with a colorful arsenal of weapons. 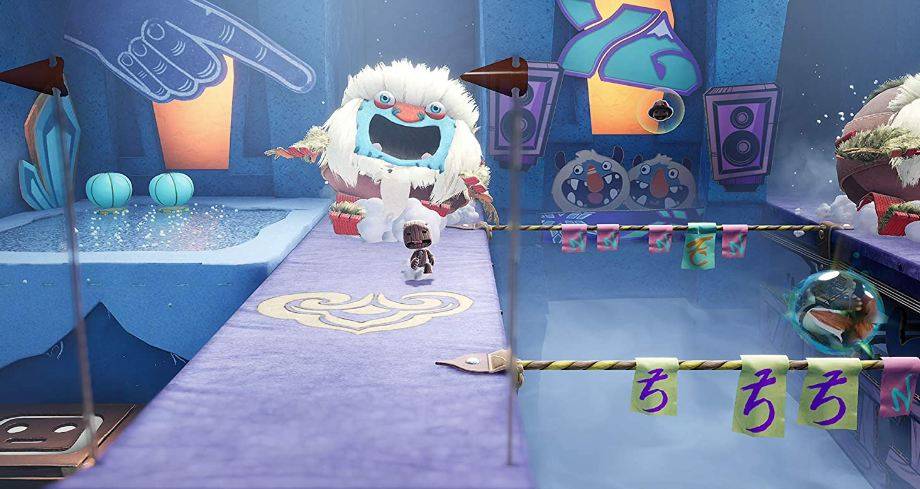 The lovable Astro’s Playroom may have stole people’s hearts at launch on PlayStation 5 (no doubt in part thanks to it being free), but any 3D platformer fan would do well not to leave Sackboy: A Big Adventure locked in. the toy box. . This spin-off (which is also available on PS4) is relentlessly charming, bringing creative-level ideas to a familiar format with a focus on co-op play, even if it lacks the same precision and depth of the most beloved games in the kind. .

While Sackboy may have been cut from the cloth of previous LittleBigPlanet games, A Big Adventure feels much closer to the likes of Super Mario 3D World, both in structure and design. Levels are generally wide-path isometric dioramas for you and up to three friends to run around, grabbing dot bubbles, hitting baddies, and hunting for collectibles as you go. 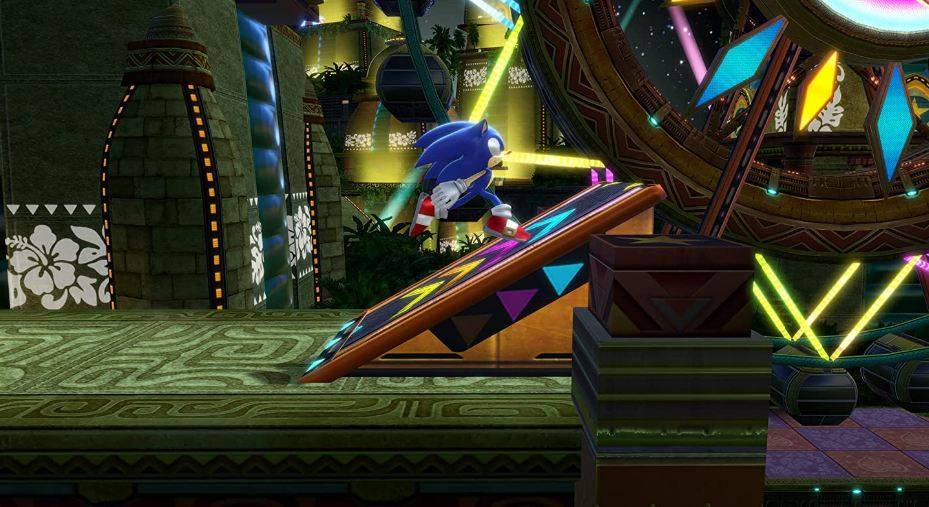 Ever since he dominated the gaming scene in the early ’90s, Sonic the Hedgehog has remained one of the most recognizable names in video games. However, if you’ve really kept up with Sonic games, you know that Sega has had tremendous trouble transitioning their mascot into the world of 3D gaming.

Sonic Colors: Ultimate sees Sonic and Tails traveling to Doctor Eggman’s incredible interstellar amusement park, Eggman’s newest evil scheme. While the theme park is innocent at first glance, Eggman built it using the power of the Wisps, a mysterious enslaved alien race, and Sonic’s planet is next. Sonic must team up with the Wisps to take down Eggman’s theme park before it’s too late. 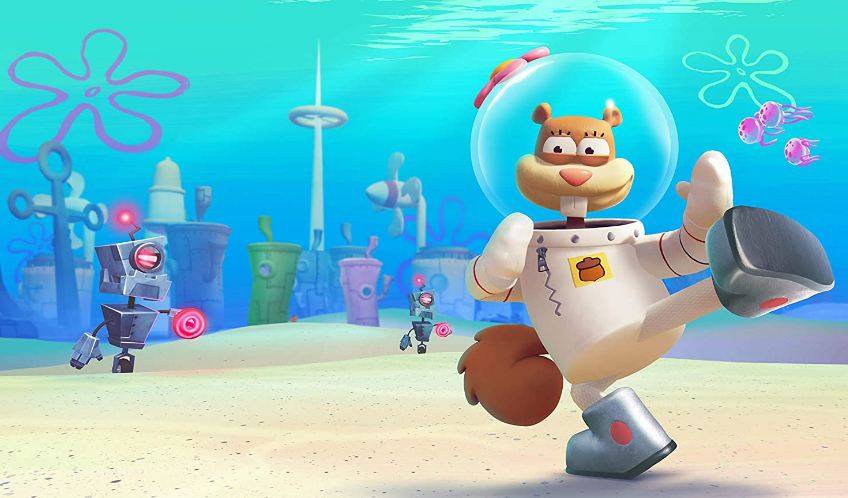 SpongeBob SquarePants: Battle for Bikini Bottom – Rehydrated marks the return of one of the most iconic licensed characters to enter the 3D platforming battle. Sadly, this flashy new version feels more like a shallow remaster in practice, doing little to fix the problems that plagued the original adventure. Its graphical update comes with some imaginative improvements, but those few bright spots aren’t enough to bring Battle for Bikini Bottom’s passable yet simple, collectible gameplay to the standard you’d expect from a platformer, especially with remakes like Crash. Bandicoot N. Sane Trilogy and Spyro Reignited Trilogy showing how a revival like this should be done.

Battle for Bikini Bottom original reviewer Mary Jane Irwin said, “The love for the SpongeBob franchise really shines through in Battle for Bikini Bottom, and if it wasn’t there, this would be a very sad title. When I play it back nearly 17 years later, it feels extremely accurate, and what’s saddest about Rehydrated’s 10-hour campaign is all the missed opportunities to truly modernize this adventure for newcomers and those of us who remember it fondly. . .