Hopping into the King of Fighters after so long of not playing it had me surprised. The controls were stiffer than I had remembered. It was genuinely difficult to pull off combo moves. The margin for error was small and the time frame demanded split-second perfection. My first matches winded up devolving into button mashes that went about as well as you’d expect. It was a long hard road before I could fully appreciate the rough mechanics of King of Fighters XV.

On paper, King of Fighters XV is rather simple. You have your two light and two heavy attacks. The directional movement augments these attacks and you can transform relatively simple movements into powerful combos with the proper timing and positioning. They’re incredibly difficult to pull off but they’re satisfying once you’ve gotten the hang of them.

King of Fighters XV certainly isn’t lacking any in its roster. With 39 colorful fighters each having their own unique fighting styles, there are plenty to choose from. We have 3 new faces making their debut in King of Fighters XV and we also have returning characters like Vanessa who hasn’t been seen since the previous two games.

It’s quite challenging to approach King of Fighters XV as a newcomer. There is a tutorial mode that does an adequate enough job teaching new players the basics, however, they don’t really seem to explain everything one needs to know about the game. This can make it challenging for those truly interested in diving into King of Fighters XV without feeling like they’ve just been left to their own devices. The game really needs to raise the bar in how it teaches new players its mechanics.

There is Missions Mode which is noteworthy for teaching you some of the complicated combos for individual fighters in King of Fighters XV. However, I quickly found that some combos truly take a lot to pull off. Just a split second wrong and there goes the whole thing.

Story Mode I felt was lackluster. Not necessarily in content but in presentation. It does a poor job of explaining what’s going on and showing off the new characters. It pits you off against other teams without rhyme or reason before pushing you against an unfair final boss with multiple forms that were just frustrating to fight against. Your reward for finishing the Story Mode just happens to be images with characters talking over it. A bit of a letdown.

The fighting mechanics of King of Fighters XV are solid. But theoretically, you can just button mash your way through most fights. With the game’s auto-combo set automatically to your light attacks, just mashing light attacks consecutively can already have you give out punishing combos to your enemies. While your opponent can just block through it, the inclusion of Shatter Strike which you can use any time to break through your opponent’s defense means that it’s ridiculously easy to chain together a powerful combo that will leave your opponent missing a good chunk of their health.

Carried over from King of Fighters XIV is the MAX Meter mechanic. Each hit will build up your meter and allow you to do some powerful moves, such as the Shatter Strike mentioned above or the four-hit light attack auto-combo. Due to the way that the standard fights are arranged in King of Fighters XV which is a 3v3 combat, the MAX meter will slowly fill up throughout each of the rounds. This will influence players to save up their meters to unleash some truly punishing moves much later in the match.

Since there are 3 people in a team, King of Fighters XIV allows you to place your fighters in order of who will fight first. There is a bit of strategy to it since you’ll be placing fighters who aren’t as relying on the MAX meter up first. Though this doesn’t mean that you can swap fighters any time you want or even call in for an assist attack. The rest of your team is strictly on the sidelines until the fighter you’re controlling is downed in which they’re out of the match for good.

While it’s going to be a struggle to master three fighters as opposed to just one, the 3v3 teams do allow for really interesting lineups. It can also give some opportunity for the losing player to bounce back should they be on a losing streak.

I’m a bit disappointed that King of Fighters XV doesn’t have an option for English voiceovers. Characters are all speaking in native Japanese with the occasional English lines thrown in for the Western fighters. Admittedly, the King of Fighters franchise never really had an English dub, to begin with, so this isn’t really anything missing from the series.

There are also no unlockable fighters on the roster. The missing spots in its character selection are most likely there for DLC content which may be sold separately. So there is really nothing to influence players to keep on playing unless they’re fighting in the online modes against other players. 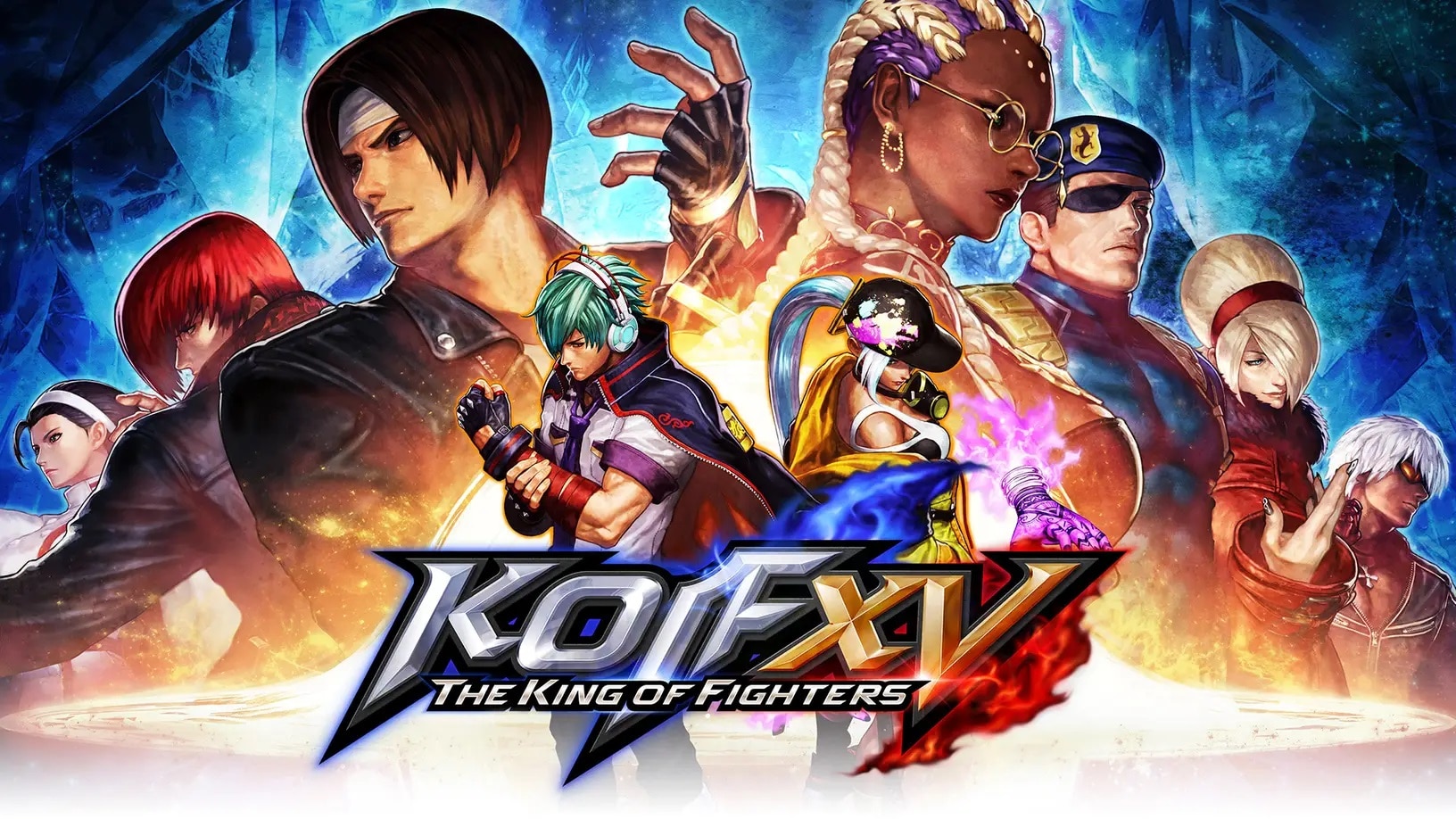 The King of Fighters XV – Review

We tell you, it’s a good game! It’s not average! It might have some problems here and there, but you have to admit it is a “Good” game.