It’s not easy for a video game series to stay afloat. To remain a continual force in the video game industry requires so many things to work in favor of the developer such as finances, sales, reception, demand, and so on. There are many video game series that never took off or were never given the opportunity to see their stories through because of one underwhelming, or in some cases disastrous, release.

That’s what makes major anniversaries like these so impressive. It wasn’t always smooth sailing for these series, but they were able to persevere for one reason or another. In some cases, these series are viewed as revolutionary and contain some of the most influential video games ever created. It’s time to wish a happy anniversary to these series, and offer hopes for many more anniversaries (and hopefully releases) to come!

9 Uncharted Exploded Onto The Scene 15 Years Ago

Sir Francis Drake’s motto “Sic Parvis Magna” (“Greatness from small beginnings”) is a perfect representation of the Uncharted series. Developer Naughty Dog sought to bring the explosive summer blockbuster movie genre to the world of gaming when Uncharted: Drake’s Fortune was released in 2007. Uncharted series, centered around sarcastic fortune hunter Nathan Drake, quickly grew in both popularity and respect within the industry. Uncharted is currently one of the most critically acclaimed franchises in gaming, which each main release consistently receiving high marks.

7 After 25 Years, It’s Clear Fallout Could Survive A Nuclear Apocalypse

1997’s fallout placed players in a vast and colorful isometric post-apocalyptic universe that was lauded for its writing and role-playing depth. However, after Fallout 2, fallout went through a ten-year stretch of dormancy (with only two spinoffs released in that period). Bethesda Studios would revive the fallout series as a first-person RPG, which proved to be a winning move as the fallout series has since skyrocketed in popularity. The latest release in the fallout series is the online-only Fallout 76 in 2018. Fallout 76 is still receiving updates and is set to bring players back to The Pitt in 2022.

6 Grand Theft Auto Has Been Causing Mayhem for 25 Years

When looking at the original Grand Theft Auto, it’s hard to believe that the top-down driving action title would grow to become one of the most influential and profitable series in the history of gaming. That shift began with the release of Grand Theft Auto IIIwhose open-world sandbox would go on to inspire many games and series nearly to the point of exhaustion.

RELATED: Grand Theft Auto III: 5 Ways It Changed Gaming For The Better (& 5 For The Worse)

Super Mario Kart set the tone for local multiplayer party games when it was released in 1992 for Super Nintendo. And it’s that enjoyment that comes from playing with friends and family that has allowed the kart racing series to thrive for 30 years and become a staple in any Nintendo player’s collection. Mario Kart has since opened the door for characters from other Nintendo franchises to join in on the fun. The latest release in the Mario Kart series is Mario Kart Tour for mobile devices in 2019. The latest console release for Mario Kart is Mario Kart 8 Deluxe.

4 30 Years Later, Mortal Kombat Is As Brutal As Ever

The original mortal kombat is often credited for inspiring the modern video game rating system and was frequently cited as the poster child for violent games before Grand Theft Auto took the mantle. mortal kombat continue to see consistent releases, even taking a detour to the 3D fighting genre. Recent mortal kombat releases have been the highest-selling fighting titles outside of Super Smash Bros.. The latest release in the mortal kombat series is Mortal Kombat 11which received two updated versions in Mortal Kombat 11 Aftermath and Mortal Kombat 11 Ultimate.

3 Metal Gear Kicked Off The Long, Complex, Saga Of Snakes 35 Years Ago

Similar to Grand Theft Auto III, Metal Gear Solid made such a big impact that it’s easy to forget it wasn’t the original title in the series. The original Metal Gearreleased in 1987, introduced players to both of Metal Gear’s central characters, Solid Snake and Big Boss. Tea Metal Gear series would eventually become the pioneer for cinematic storytelling in gaming.

2 After 35 Years, There Still Hasn’t Been A Truly Final Final Fantasy

The original Final Fantasy was created as a last-ditch effort to save a struggling Square (now Square-Enix). That bet greatly paid off as Final Fantasy has grown to become arguably the most iconic RPG series in gaming with its engaging narratives, immersive worlds, and loveable characters.

RELATED: Final Fantasy: 10 Best Ways To Celebrate The 35th Anniversary Of The Series

NEXT: 10 Video Games That Defined The 4th Generation Of Consoles


Next
Harvey Awards: 7 Past Book Of The Year Winners That Haven’t Aged Well 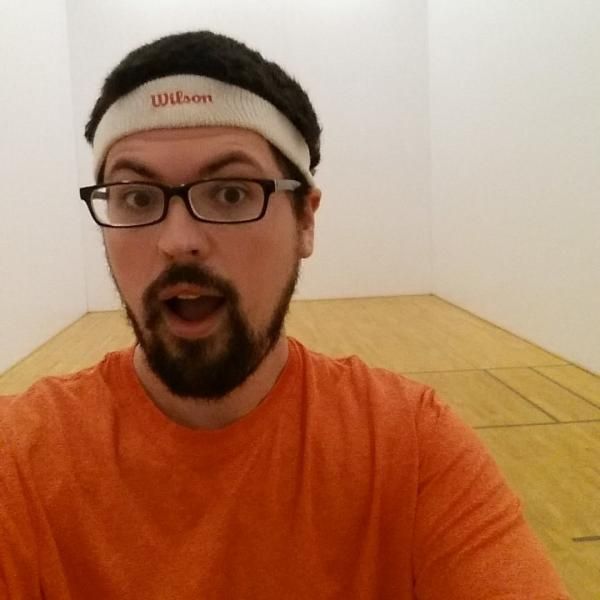 Michael is a gaming list writer for CBR who has been gaming for as long as he can remember. Some of his favorite series include Uncharted, Final Fantasy, the Legend of Zelda, and Mario Kart. He is an avid trophy hunter who is no stranger to writing trophy guides to help fellow trophy hunters. Beyond gaming, he’s a big fan of his beloved Detroit sports teams, for better and for worse.