Cloud gaming, the technology that allows users to stream gameplay in real-time from remote servers, has come a long way in the last twenty years. Though it was once only available to those with deep pockets and top-of-the-line internet connections, modern stream processing technology has made cloud gaming more accessible than ever.

However, the technology is nowhere near perfect, especially for the average gamer. While an increasing number of users look to cloud gaming as an alternative to building a gaming PC during the semiconductor shortage, for many people the downsides outweigh the benefits.

10 Transferring Saves Can Be Complicated

A common use case for cloud gaming is its portability. While many games are available on handheld consoles such as the Nintendo Switch, this cannot be said for every game a user might wish to play. Streaming services can give on-the-go access to a much wider variety of games than are normally available on handheld platforms.

However, this can create headaches for users who play the same games on PC or console and also through a streaming service. Services such as GeForce NOW give PC users easy cloud synchronization of their Steam games, but PlayStation Now requires a manual file transfer. Google Stadia is even worse, requiring users to export all Stadia data and receive it by email.

Many games have a social element. This is commonly facilitated through voice chat, and this element becomes more important for competitive games such as first-person shooters. Considering titles such as Destiny 2 and Call of Duty: Vanguard occupy over 100 GB of hard drive space, they are prime candidates for cloud gaming.

However, many users struggle with voice chat technology while cloud gaming. Depending on client hardware and software, voice chat may simply not work at all or may require hours of frustrating troubleshooting to finally join the conversation with one’s allies. This is often a much simpler process on PC and console.

8 Prices Can Be Steep

Most users who are interested in cloud gaming already use some gaming ecosystem, whether that is Steam on PC or a library of Xbox Series X titles. Console players likely already pay a monthly fee to access online features. At the moment, using most cloud game services means paying an additional $5 to $15 per month.

Microsoft and Sony, however, are taking steps to make this addition to their ecosystems as simple as possible. Sony intends to merge PlayStation Now and PlayStation Plus, while Xbox Game Pass Ultimate also includes Microsoft’s cloud gaming service.

7 A Good Connection Is Hard To Find

Cloud gaming’s greatest strength is also its weakness. While a connection to a remote server can give access to many games on demand without requiring a download, constant access to that server is required to play the games. While free public Wi-Fi access is extremely common in the modern world, it is not always of high quality.

Data networks can be likewise unreliable, especially for users traveling through rural areas. Often, a handheld device with a downloaded title is still the only workable option for gaming on the go.

One of the most limiting factors for cloud gaming throughout the years has been the high bit rate required for streaming a game’s video feed. Many now-defunct cloud gaming services failed in part because of their inability to solve this core problem.

As stream processing technology improves and users have cheaper, easier access to better internet connections than in previous years, this becomes less of a pressing issue. However, cloud gaming is unlikely in the short term to offer the 4K experiences many gamers desire.

Input lag can be one of the most infuriating problems to deal with while gaming. For fast-paced games such as Apex Legendslag can reduce or strip away a player’s ability to react to fast-paced situations, rendering them unplayable.

As cloud gaming becomes more popular, server resources begin to strain and lag becomes worse for users until the service up-scales and improves their hardware. Though these issues are usually solved before they become too noticeable, cloud gaming is a far way off from providing experiences as seamless as local gaming.

4 Game Selection Can Be Disappointing

There are two broad categories of mainstream cloud gaming services. The first gives users a virtual PC, upon which the user can install games they already own. The second category instead provides access to a specific library of games. This selection usually grows over time, though it is also common for titles to rotate out of the lineup.

The limited scope of these lists often frustrates users. For example, PlayStation Now has DOOMbut not DOOM Eternal. It has dead space 3but not the first two games in the series.

An element of cloud gaming new users often find counterintuitive is that many games available to stream do not include any downloadable content. In the world of modern gaming, where this content is often considered a core part of a games experience, this can lend a feeling of unfinished taste to the cloud gaming experience.

Some platforms allow users to purchase this content to access it, but the juxtaposition of this process compared to what is advertised as free access to the games is counterintuitive for many. Other games are available in editions that include all downloadable content, further confusing matters.

2 New Releases Come Slowly, If At All

Most cloud gaming services that rely on specific libraries take advantage of older games rather than providing their users with easy access to new releases. After all, if users could play games upon release, they might feel no need to purchase a copy.

RELATED: 10 Video Games That Defined The 3rd Generation Of Consoles

This issue compounds the problem some users have with maintaining both a stream-based library and a local one. When cloud gaming users are unlikely to gain access to any recent games, they must consider just how much cloud gaming overlaps with their existing gaming library and how this affects the platform’s perceived value.

The cloud gaming market is competitive now, but its technology was not always so promising. Many services have since closed their doors or been acquired by other companies, resulting in a completely different — and often arguably better — experience for users.

Even in the modern scene, users must face the possibility that any cloud gaming ecosystem may shut down without warning, potentially rendering all gaming progress inaccessible. While this may not be an issue for some games, to lose all investment in a game such as Nioh 2 could be devastating.

NEXT: 10 Best Nintendo Switch Games Of 2021, Ranked According To Metacritic


Next
Marvel: 10 All-New Wolverine Team-Ups You Didn’t Know About 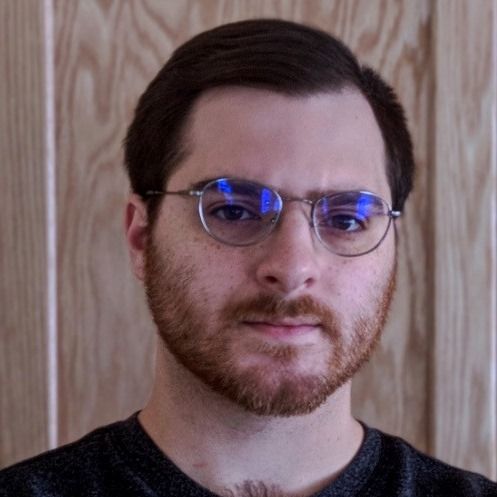 Taylor Clogston is a writer and editor of fiction and an amateur literary critic. He invokes his passion of classic and modern anime and manga as he writes for Comic Book Resources. When he’s not immersed in weird stories, Taylor loves cooking dinner, torturing D&D players, and photographing woodland critters. He is on twitter as @taylor_clogston.